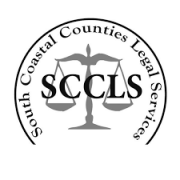 BOSTON (June 29, 2020) – A survivor of domestic violence is able to stay in her New Bedford home after the Massachusetts Appeals Court reversed a Housing Court decision to evict her.

The woman, identified in court records as S.R., was represented by Laura Camara and Stephanie Herron Rice, Attorneys at the Justice Center of Southeast Massachusetts, a subsidiary of South Coastal Counties Legal Services.

S.R. lived with her then-boyfriend, K.R., and their disabled daughter in a New Bedford Housing Authority apartment. One night, K.R. returned home intoxicated and physically abused S.R., striking her multiple times. S.R. sought help from a neighbor, and the police arrested K.R. In the following days, S.R. contacted the housing authority to try to remove K.R. from the lease, but they did not provide her with accurate information on the process and K.R.’s name remained on the lease. In the meantime, K.R. moved out. S.R. continued to pay rent and care for their daughter.

Six months later, the police arrested K.R. for dealing narcotics. The New Bedford Housing authority claimed the tenants had violated the terms of the lease by engaging in off-site drug offenses and tried to evict S.R. and her daughter based on K.R.’s actions. But S.R. had nothing to do with K.R.’s illegal activity, and K.R. had not lived in the apartment for months. S.R. tried to stop the eviction in Housing Court, but to no avail.

Camara appealed S.R.’s case. The three-judge panel of the appeals court—Justices Kathryn Hand, James Milkey, and Sabita Singh—accepted Camara’s arguments that the Housing Authority failed to comply with the Violence Against Women Act by demanding that S.R. obtain a restraining order to have K.R. taken off the lease and that the Housing Authority could not evict S.R. for K.R.’s conduct long after he had vacated the unit. They found that by its own policies, it was the housing authority’s responsibility to remove K.R.’s name from the lease after he abused S.R. “…[T]he NBHA is unable to provide any rational justification for evicting S.R. and her daughter,” Justice James Milkey wrote.

“The decision of the Appeals Court demonstrates a true understanding by the Court of the complexities and cyclical nature of domestic violence relationships – it is truly a breath of fresh air for survivors and advocates across the Commonwealth. It also ensures that a wonderful mother will have a safe, stable home to raise her daughter,” said Camara.

The ruling in NEW BEDFORD HOUSING AUTHORITY vs. K.R. & another can be found here.