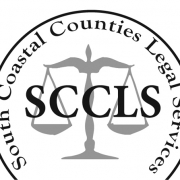 BROCKTON — Landlords have filed close to 100 new eviction cases in the city’s housing court since the coronavirus reached Massachusetts, a practice that’s motivated state lawmakers to draft new bills aiming to protect renters and homeowners who fall behind on housing payments during the pandemic.

With the state’s judicial system closed to nonemergency matters since mid-March, housing courts have been unable to hold hearings, putting an informal halt to evictions. That protection would disappear as soon as courts reopen, however, spurring many legislators to seek stronger protections.

Evictions in Massachusetts begin with a “notice to quit,” a letter announcing the landlord’s intention to pursue eviction. No state laws bar landlords from sending these notices or filing an eviction case electronically during the pandemic, despite there being no way of processing such cases….

For many tenants, that letter is enough to send them packing, according to Hed Ehrlich of the Justice Center for Southeast Massachusetts, a Brockton-based organization whose attorneys represent tenants in housing court.

“Nothing on the face of the notice will tell the tenant that your landlord can’t actually act on that,” Ehrlich said. “Most tenants if they get a notice to move out, will move out. They will take their kids and stay with a family member or with friends or will figure out a place because they think they have to.”

Other organizations that advocate for tenants, including the Massachusetts Law Reform Institute, have reported that housing courts are still sending out summonses to appear in court when landlords file cases electronically… Read more in The Enterprise.