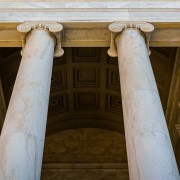 Voluntary service to people in need is a deep tradition of the legal profession. Here in Massachusetts, it is clear that equal access to justice has come to depend on the pro bono services of attorneys.

Pro bono services are a crucial contribution to the workings of our civil justice system, and are just one example of the generosity of members of the bar to our most vulnerable residents. Even so, it’s not enough to meet rising need for civil legal aid. Throughout October, the American Bar Association is celebrating Pro Bono Month to inspire attorneys to volunteer their services to those who need it most.

Indeed, the BBA’s Task Force report also documents that 30,000 low-income clients — or two-thirds of those who qualify for civil legal assistance — were denied services in 2013 simply because organizations did not have the resources to take their cases. The lack of services meant that many of those turned away were left to represent themselves — often losing their cases — or forced to drop their claims.

One of the recommendations of the Task Force is to encourage law firms to consider providing senior attorneys with space, overhead and support for pro bono activities. It also recommended the expansion of programs such as “Lawyer for the Day” at Boston Housing Court — since its inception 14 years ago, 12,000 attorneys have voluntarily assisted 15,000 people with issues related to eviction and code enforcement — to other areas of the state.

Though vital to our court system, pro bono services from attorneys cannot fill the gaps in justice that leave many poor people without legal representation. Such representation is much-needed when resolving conflicts related to the basic necessities of life such as housing, employment, classroom accommodations for our children with disabilities and family conflicts related to child support and custody, divorce and domestic violence. Pro bono service makes a difference, but we need more resources from the state if we are to achieve equal justice for all.

As we mark Pro Bono Month, we hope you’ll take the time to contact your state senator and representative and urge them to support increased funding for civil legal aid. Meanwhile, if you are an attorney, please consider pro bono service under the auspices of a legal aid organization. Every person deserves equal access to justice, regardless of income.