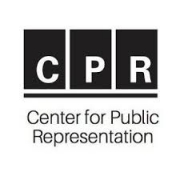 The Center for Public Representation has launched a new website on Supported Decision-Making (SDM). SDM is an alternative to guardianship for people with disabilities to give people more independence, dignity, and freedom. It creates a process for people to make decisions about their own lives with a team of supporters.

The new website walks people step by step through SDM, identifying supporters, and drafting an agreement. It also includes a library of resources and a series of success stories from people who participated in a pilot program with CPR.

For example, it tells the story of Cory, a young man on the Autism Spectrum, who was able to replace his guardianship agreement with his parents with an SDM. He also executed an advance directive for health care and power of attorney. “Supported decision-making … has allowed our son to show his voice to the world and to become the adult that he wishes to be,” said Cory’s mother.

CPR conferred with disability rights lawyers, activists, and experts in several countries to develop SDM models that honor individuals’ choices, advance their self-determination, and provide safeguards to prevent abuse, according to its website. In 2014, CPR launched the first SDM demonstration project in the nation.