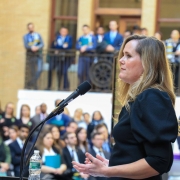 Advocates request $29 million to expand access to representation in FY21

Tenants are fighting evictions in the midst of a housing crisis. Veterans are battling war-time injuries and legal issues. And a growing senior population is facing poverty and serious legal problems. Those are just some of the reasons the Commonwealth should provide more funding for civil legal aid, said Chief Justice Ralph Gants at the 21st annual Walk to the Hill for Civil Legal Aid at the Massachusetts State House on January 30. 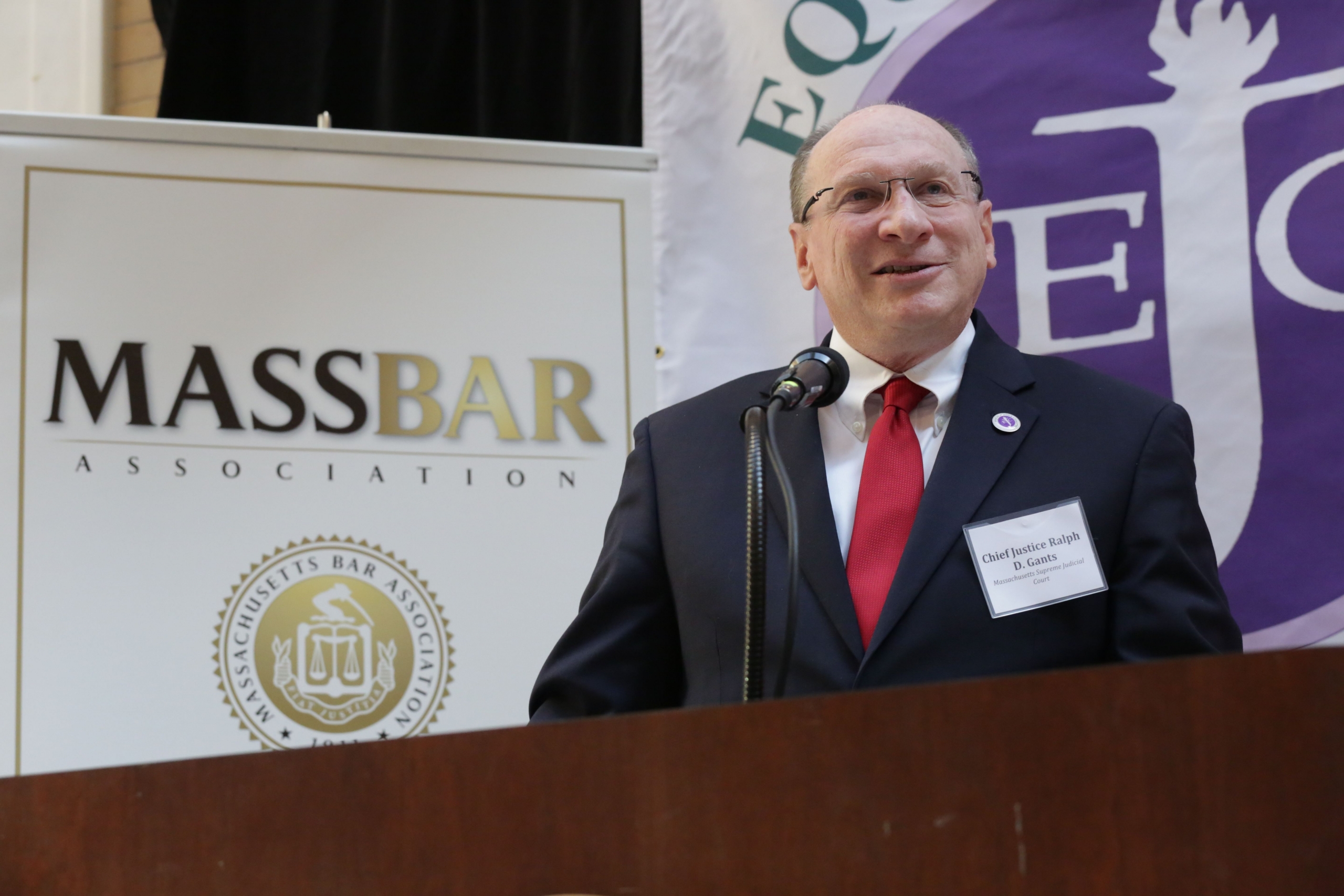 Approximately 700 people—attorneys from nearly 40 firms and companies, law students (including 95 from the University of Massachusetts School of Law), legal aid staff, and advocates—gathered for the annual lobby day.

Kenda Cluff, a mother of four young children and a client of South Coastal Counties Legal Services, described how legal aid lawyers helped her end an abusive marriage, gain sole custody of her children, and prevail in a lawsuit filed by her former in-laws seeking her share of the divorce settlement. 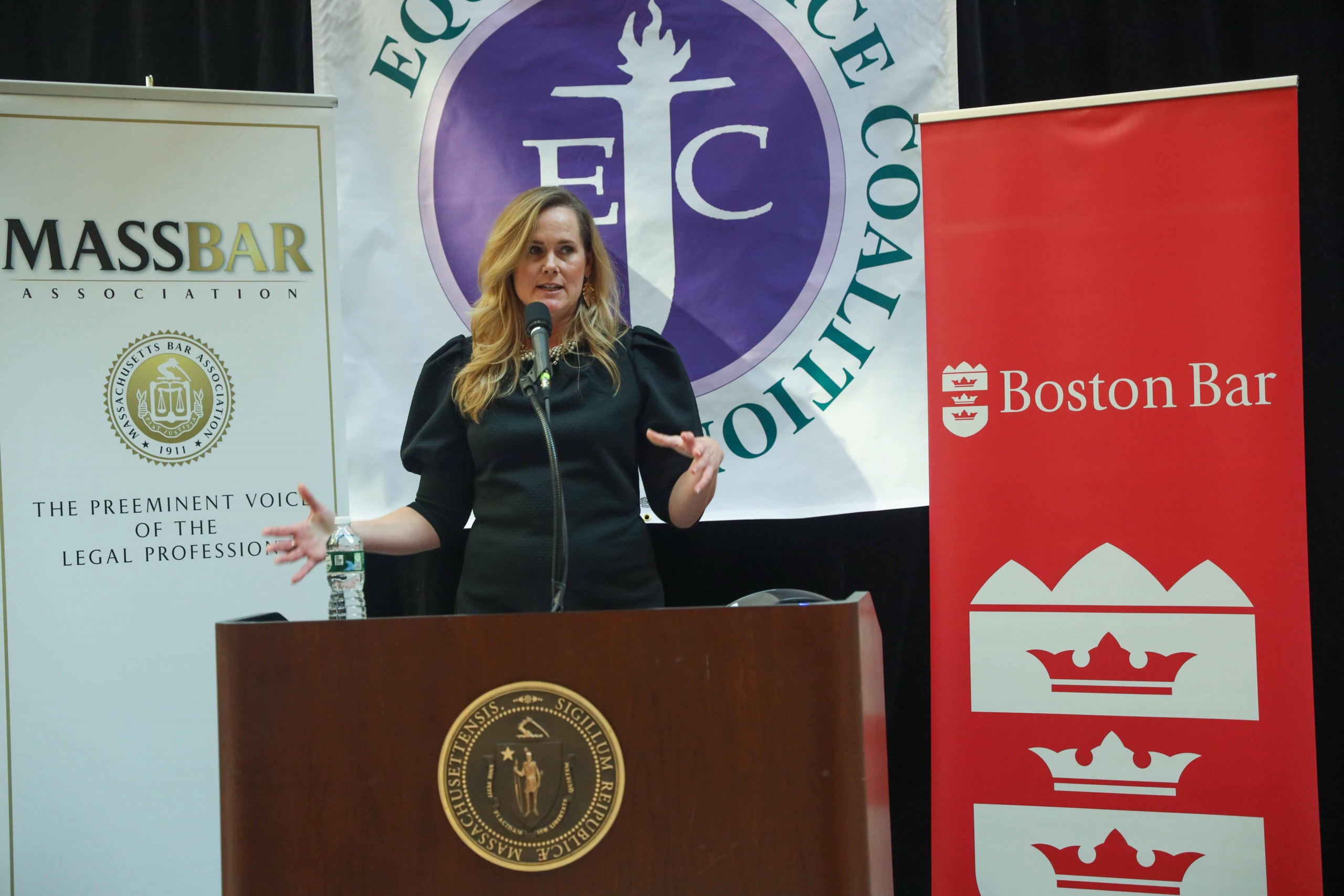 “I know there are many people out there who are desperate to get out of awful situations like mine,” Cluff said. “The work these legal aid lawyers do is so important. It has a generational effect. My children’s lives are completely changed because of the help we received from legal aid. Without legal aid, my three daughters would think abuse is acceptable. My son would think it is okay to be abandoned or to abandon. I’ve given them new opportunity to move into a different direction in life. These types of changes have a ripple effect in this world.”

Unfortunately, insufficient funding for legal aid organizations forces them to turn away the majority of eligible people who seek help, Chief Justice Gants said. He urged the attorneys and law students gathered in the Hall of Flags to advocate on their behalf: “You speak not for yourselves, but for all those who have neither money nor power, but who might have the law on their side, if only they knew how to use it.”

Gants also emphasized the economic benefits that civil legal aid brings to Massachusetts and its residents: “Remember that a dollar devoted to legal aid is not merely an investment in justice; it has also been proven to be a sound economic investment that returns roughly between two and five dollars to the Commonwealth for each dollar spent.”

Civil legal aid organizations have received funding increases from the legislature in recent years, and speakers noted the continued need for that support. “More money for legal aid means more qualified people who get a lawyer,” said Louis Tompros, chair of the Equal Justice Coalition, a collaboration of MLAC, the Boston Bar Association, and the Massachusetts Bar Association. 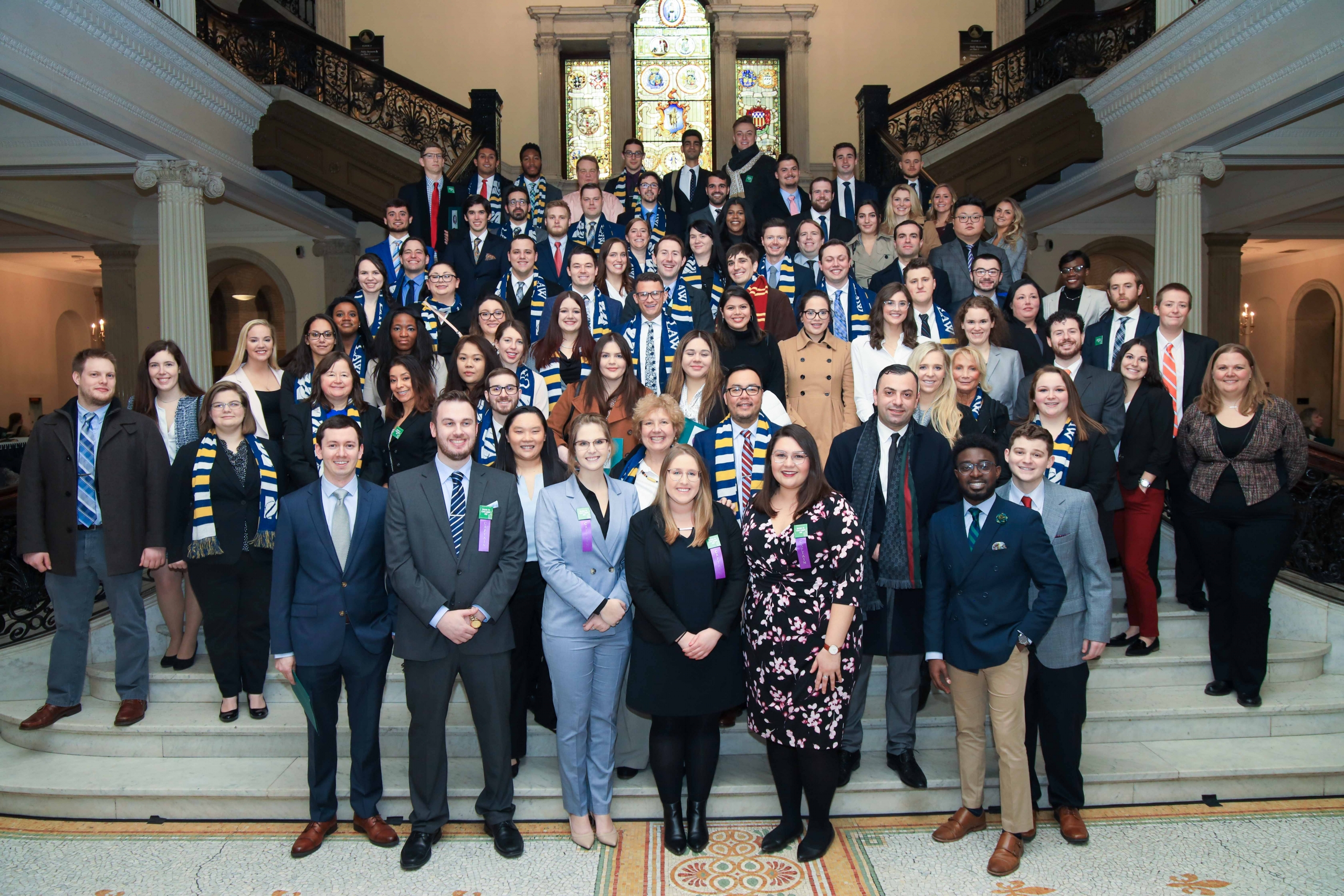 More than 90 students of the University of Massachusetts School of Law advocated for legal aid at the state house. Photo credit: Elbert John

Legal aid makes a “long-term difference in the lives of low-income residents in the Commonwealth,” said Lynne Parker, executive director of the Massachusetts Legal Assistance Corporation. “One of the greatest strengths of legal aid advocates is their expertise, their capacity to confront and overcome the challenges that face our clients – life-threatening housing conditions, homelessness, domestic violence, deportation, loss of employment, elder abuse and neglect.”

Parker added, “Legal aid is vital to the health of our communities, the health of the judicial system, and the state’s commitment to access to justice.”

Christine Netski, president of the Boston Bar Association, said a growing number of immigrants are overwhelmed by the prospect of facing the court system alone. She recounted the story of Daniela, a young woman from Brazil who had become pregnant with twins as the result of a sexual assault. Immigration and Customs Enforcement began removal proceedings, but with the help of MetroWest Legal Services, she was able to avoid deportation and obtain a U visa. She now has steady employment and is working on her high school diploma.

“Immigration issues like those faced by Daniela are especially prevalent today,” said Netski, noting that the MLAC-funded Greater Boston Immigration Defense Fund is “one of the great legal services programs working to increase access to the justice system for members of our immigrant communities.”

Massachusetts Bar Association President John J. Morrissey lauded the pro bono efforts of lawyers across the state to provide free representation to unrepresented civil litigants. “But efforts of our volunteers alone cannot reach the goal of providing vital legal services to people in need,” he said. “We need more funding for civil legal aid programs so that legal aid attorneys don’t have to turn away more than half of the people that come to them.”

In closing, Cluff, the client of South Coastal Counties Legal Services, said, “I have no idea how much the help from the lawyers at South Coastal Counties would have cost. But it is priceless to me. It is my hope that sharing my story in front of so many unfamiliar faces will help a mother out there who is not willing to take another turn in an awful cycle of abuse.”