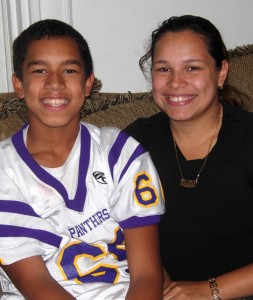 Antonia, Springfield resident and single mother, was understandably “overwhelmed, stressed and worried” when she received a letter from the Department for Transitional Assistance (DTA) that said she must return $9,310 in past overpaid benefits. She had received welfare intermittently in the past as she struggled to support her family, but for the past two years she worked at a daycare center, first as a receptionist and then as a family services coordinator, and had not been receiving any public benefits.

In the letter, the DTA said that through their own miscalculation 10 years earlier they had overpaid Antonia by that significant amount. Antonia frantically estimated how much in benefits she had received over the years and realized it was impossible for her to owe such a large sum of money.

Luckily, a co-worker suggested that she contact Western Massachusetts Legal Services (WMLS). After obtaining Antonia’s eligibility and payment history, a WMLS attorney realized that the DTA had grossly miscalculated her overpayment. In fact, they had included five years when she received no benefits. Antonia’s legal aid attorney negotiated with the DTA, and they took full responsibility for this decade-old error. Eventually, they agreed to waive the entire $9,310, much to Antonia’s relief. She is currently very busy working at the daycare center, raising her children, and taking college classes.