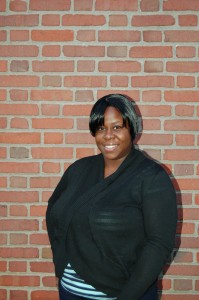 A first-generation Haitian-American, Charlene knows what it means to work hard. She has a demanding job as an administrator at a computer testing center in South Boston, and her mother worked two full-time jobs as a nurse’s assistant. Their incomes were enough to afford the mortgage on a small duplex in Malden. The family lived in one unit and rented out the other for additional income.

In 2009, Charlene and her mother both suffered from severe health problems that required them to leave work. With no income, the family fell behind on their mortgage, and Charlene negotiated a modified loan with their bank. But without telling her, the bank initiated foreclosure proceedings at the same time as approving the modification, a procedure known as a “dual-track” foreclosure that was all too common during the recent financial crisis.

Charlene was terrified of being evicted until she met Lauren Song and Dick Bauer, attorneys at Greater Boston Legal Services. Lauren and Dick discovered that the bank had improperly notified Charlene’s family about the foreclosure. During an emotional trial in November 2013, the attorneys convinced the jury that the bank had illegally foreclosed on the family’s loan. The foreclosure was invalidated, and Charlene is overjoyed that thanks to legal aid, her family can keep their home.

In January 2014, Charlene’s story was featured on WGBH radio. Click here to listen.