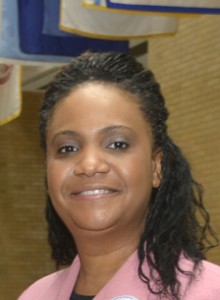 Daniele of Brockton will never forget the afternoon of April 15, 2011. She was hard at work at her job as a Haitian Creole medical interpreter when her mobile phone rang. Unable to answer, she ignored the call.

The phone rang a second time. Again she ignored it, this time with growing trepidation. Perhaps something had happened to one of her two young daughters.

As soon as she could, Daniele picked up her phone. Her doctor was on the other end of the line.

“Daniele, you have breast cancer.”

Time seemed to stand still at that moment for Daniele. She remembers trudging to her car, shutting the door and beginning to sob. Just one week earlier she had buried her mother, who died after a long battle with breast cancer. Was Daniele about to meet the same fate?

Over the next few days, she met with surgeons and oncologists and subjected herself to a battery of tests, which required her to take a medical leave of absence from her job. In June 2011, both of Daniele’s breasts were removed and she began chemotherapy.

The treatments proved effective, and soon Daniele was well enough to return to work while continuing her weekly chemo sessions. But her employer informed her that she had already used all of her sick time. If she missed another day, even for chemo, she would be fired.

It was an agonizing decision. Daniele could either treat her cancer or save her job. She decided to continue her chemo, and a few weeks later, a termination letter arrived in the mail.

“I didn’t know my rights, but I knew at the time that it was wrong,” Daniele recalled. “I told them that I didn’t choose to be sick.”

Losing her job meant losing not only her income, but her health insurance as well. Without insurance, she had no choice but to stop her chemotherapy. And with no income, she was unable to pay the rent on her Brockton apartment. Soon her landlord filed suit in housing court to evict her.

So it was that Daniele found herself with no job, no health insurance and no way to finish her cancer treatment. To top it all off, she and her daughters would soon be homeless.

“God, what have I done to you to deserve this?” Daniele wondered.

Luckily, Daniele found legal help through a partnership between South Coastal Counties Legal Services (SCCLS) and the Brockton health center where she was receiving chemo. An SCCLS attorney contacted Daniele’s employer, asserting her right to accommodations under the Americans with Disabilities Act and requesting that her job be reinstated.

The employer initially refused, but after threatening a lawsuit, Daniele’s attorney convinced the employer to rehire her and offer time off to finish her chemotherapy sessions.

The attorney also successfully negotiated a settlement with Daniele’s landlord, who dropped the eviction lawsuit and gave Daniele a grace period to pay her rent.

Back at work and free from the threat of losing her home, she was able to finish her chemotherapy.

“When I was introduced to my legal aid attorney, it was Heaven-sent,” Daniele said.  “I don’t know what I would have done without her help.”

In January 2013, Daniele shared her story with more than 650 civil legal aid supporters at Walk to the Hill 2013. Click here to read her remarks [PDF].