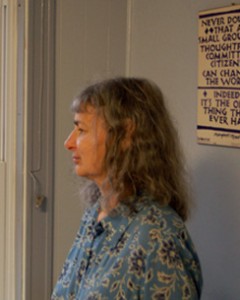 Isabel’s one-bedroom apartment in Cambridge has a comfortable living room, kitchen, dining room, and a small front porch. To Isabel, though, it is much more than just a collection of rooms. After the horrific abuse she suffered as a child, this was the first place in which she ever truly felt safe. She first opened the door in 1969, and for more than 40 years, it has remained the only home she has ever known.

That is why when Isabel received a letter one day in 2009 informing her that she was about to be evicted, she thought the world was crashing down around her. The Cambridge Housing Authority (CHA), from which she received assistance paying her rent, had recently decided to issue all payments to landlords via direct deposit. Isabel’s landlord would accept only checks. She called CHA and pleaded with them to make an exception. They would not. She also asked her landlord to accept the deposits, but she too refused. Isabel was about to lose her cherished home.

But soon, Isabel’s luck took a positive turn. Thanks to a referral from the Cambridge Economic Opportunity Committee, she met John Froio, an attorney at Community Legal Services and Counseling Center. At first, John proposed a simple solution. He dropped off a box of stamped-and-addressed envelopes at CHA. Surely they could just drop the check in the mail? However, the answer was still no. John had no choice but to file a request for accommodation from CHA demanding that they issue the rental assistance via check. In the request, he explained the emotional toll that the situation’s uncertainty had taken on Isabel. Unsure of whether she would be able to keep her home, she had become so distraught that she had to seek medical help. Her anxiety was dangerously close to what she had experienced as a child when she didn’t know if she would have a safe place to sleep at night. Isabel was overjoyed when CHA accepted the request — her landlord would be satisfied, and she would be able to keep her home. Isabel plans to continue living in the apartment as long as she can, and she is incredibly grateful for John’s help.

“Having a lawyer is what’s kept me from being shuttled off to the poor house,” Isabel explains. “I’m not sure what would have happened if I didn’t have John.”