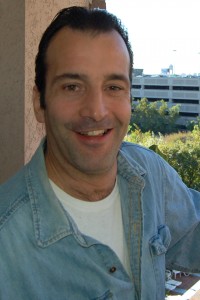 Working for extended periods of time had always been difficult for John, a resident of Chelsea. He was hit by a car as a child, and the terrible accident left him with a traumatic brain injury and limited coordination. Now 42 years old, John had received Social Security Disability Insurance (SSDI) benefits most of his life. Then, 10 years ago, he got a job he liked and did well at the airport transporting people with disabilities. He notified the Social Security Administration (SSA) of his successful employment, and they told him that his case would be reevaluated in nine months.

Over the next few years, John received several letters from the SSA notifying him that his benefits were being increased because of his work activity. Then, six years after he started working, John received another letter from SSA. It said that he had been earning too much money to receive benefits, and that he should have stopped receiving checks years earlier. SSA claimed they had overpaid John $41,000, and they wanted him to pay that impossible sum back.

After months of frustrating appeals to SSA, John visited Community Legal Services and Counseling Center. An attorney there presented John’s case to a judge, who waived the $41,000 overpayment. Freed from such a massive burden, John was able to continue provide for himself. He is still working at the airport and loves his job.