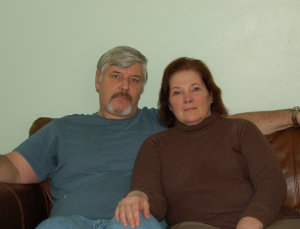 Lou and Janice were living in a rented apartment with their three children when Lou’s mother offered to loan them money for a down payment on a house. Lou had been suffering from dizzy spells and seizures and found it difficult to continue at his job.

When they found a house, all the banks they approached refused to give them a mortgage because of their poor credit and low income. Their real estate agent finally referred them to a mortgage broker who was willing to take on their mortgage. Janice was making $15,000 per year at her job while Lou received about $15,600 per year in Social Security benefits. Lou’s poor credit made him ineligible to be on the loan, so the broker added their daughter, who made $9,000 per year working part-time and attending college, to the loan as a co-signer. They were told they would receive a two-year adjustable mortgage at 9 percent interest and put down a deposit of $10,500.

By this time, they had been forced to move into two hotel rooms because another tenant was moving into their apartment. Then, when they went to sign some papers before the closing, they were told their loan would have an interest rate of 11.5 percent. The broker said they could refinance in six months, but if they backed out they would lose their deposit. Living in a hotel and feeling they had no other choice, they signed the necessary paperwork. At the closing, they were asked to sign many documents they had never seen before without a thorough explanation of their contents.

Lou and Janice tried to keep up with the loan payments, but they gradually fell behind and had to borrow money. When they tried to refinance their house with a different mortgage company six months later, they were denied. Lou tried to go back to work driving trucks, but it was too much of a strain on his health. Two years from the date of the closing, their mortgage rate rose from 11 percent to 14 percent. The mortgage company kept calling to find out when the next payment would be made. Eventually the company began foreclosure proceedings.

With nowhere else to turn, Janice called social services agencies and other organizations in her area for help and finally got in touch with Neighborhood Legal Services (NLS) in Lawrence. An NLS attorney discovered that the mortgage broker had inflated Janice and their daughter’s incomes by four times on the mortgage papers so they would qualify for a higher cost home loan – one that they could never have afforded.

The mortgage company initially blamed the broker and refused to take responsibility, but the attorney managed to get the company to forgive half of the late payment fees Lou and Janice owed, as well as renegotiate their mortgage to a 7 percent fixed interest rate. They are now able to afford their mortgage and are no longer in danger of losing their home.