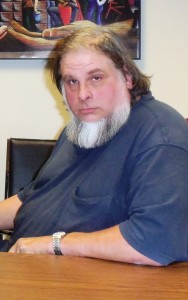 Randy, a truck driver from Dudley, had spent his entire career behind the wheel. But when his employer stopped paying Randy for all his hours of work, he had no choice but to leave his job and file for unemployment. Melissa Pomfred, an attorney from Community Legal Aid in Worcester, helped ensure that Randy got the unemployment insurance he needed to support his family while he searched for a new job.

“I know that without Melissa’s help, I would have lost everything, and my wife and son and I would have been on the street,” Randy says.