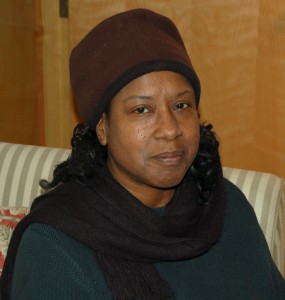 Ronica had always worked. For nearly three decades, she held positions in fields as diverse as social services with at-risk youth, health care, and hospitality management. All of her employers had appreciated her, promoted her, and gave her excellent recommendations.

She had no reason to believe, then, that she would have trouble getting a new job if she stopped working to care for her ailing mother. In 2003, Ronica left her managerial position at a Cape Cod hotel to move to Boston to be near her mother, once a prominent civil rights leader in Boston who had instilled a strong work ethic in her daughter.

When her mother passed a few years later, Ronica set out to find employment. She encountered difficulty finding anything permanent and was forced to settle for a series of contract and temp jobs. In fall 2007, she became ill and had to spend six weeks in the hospital, which ended her temp job. After unsuccessfully applying for a number of positions upon leaving the hospital, Ronica finally applied for unemployment insurance.

At the time, Ronica lived in a Cambridge apartment she had rented for the past 10 years. It took five weekly unemployment checks to pay just her rent, so before long she fell behind on her payments. Despite a persistent job search, Ronica was still without work when her unemployment benefits ran out in February, and her landlord started eviction proceedings against her.

That’s when Ronica came to GBLS. A GBLS housing attorney was able to negotiate with her landlord’s attorney and secure the help of a local agency to keep Ronica in her apartment. This stability in Ronica’s life allowed her to find a new job.