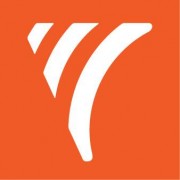 The civil legal aid community here in Massachusetts is taking that message to heart, using three approaches to communications in order to broaden its impact. These approaches apply to foundations and nonprofits alike.

The first is to communicate proactively with the media to educate the public. We have partnered with Voices for Civil Justice, a new national, non-partisan, Washington D.C.-based communications hub funded by the Public Welfare Foundation and the Kresge Foundation to raise public awareness of the vital role of civil legal aid in helping people protect their livelihoods, their health and their families. We strive to show how important civil legal aid is on a wide range of critical issues that affect lower and middle class Americans, such as increasing educational opportunities, ensuring access to safe, affordable housing, and preventing domestic violence to name just a few.

Those of us who work in civil legal aid already know its value in helping people with basic necessities such as housing, employment, classroom accommodations for our children with disabilities and family conflicts related to child support and custody, divorce and domestic violence. Yet opinion research shows that the public is largely unaware of what civil legal aid is, and many of the daily victories that come about thanks to civil legal aid are not reported as such. Instead, media stories about poor people who have successfully fought illegal home foreclosures, obtained court protection from a domestic abuser, or appealed for federal benefits that were improperly denied, are told as stand-alone battles without revealing the critical role of legal advocates and unconnected to the broader civil legal aid movement.

Another communications tool that can be employed to influence policymakers and elected officials who direct public spending on social justice issues, is the issuance of a nonpartisan, data-filled report. This past October, the Boston Bar Association Statewide Task Force to Expand Civil Legal Aid in Massachusetts released a groundbreaking report that quantified the unmet need for civil legal aid, and estimated the savings to taxpayers if those needs were met. The report found that 64 percent of eligible clients in Massachusetts are turned away by civil legal aid organizations due to lack of resources. The three independent economic consulting firms that did analyses for the Task Force also found that every dollar spent on civil legal aid in eviction and foreclosure cases saved the state $2.69 on state services associated with housing needs, and every dollar spent on assisting qualified people to receive federal benefits brought in $5 to the state.

While these reports generate media coverage, they can also influence elected officials to direct more resources to important social issues. Look no further than the Bill and Melinda Gates Foundation to see the importance of communicating effectively with the public sector to achieve policy goals. The Gates Foundation is endowed with approximately $30 billion, which sounds like a lot of money until you compare it with the budget of the National Institutes of Health (NIH), which is approximately $30 billion annually. That’s why when the Gates Foundation launched its Grand Challenges for Globe Health (GCGH) initiative, it engaged in a strategic campaign to influence decision-makers at NIH to direct more resources to global health challenges. The campaign, which included the issuance of policy and research papers directed at NIH decision-makers, was successful. A 2008 article in the scholarly journal EMBO Reports reported that “NIH supplemented the GCGH with increased funding of approximately US$1 billion for global health issues at a time when the overall NIH budget experienced little growth.”

The final communication strategy that every funder should embrace, and which we employ in the civil legal aid community, is to make it clear to grantees that it’s okay to spend resources on communications. By sharing stories of success, grantees are doing much more than assuring funders that the work is getting done. They are educating the public about existing need, and inspiring others to create change as well.