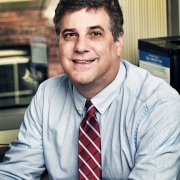 Community Legal Aid is proud to announce that its Director of Client Access, Gordon P. Shaw, has been selected by Massachusetts Lawyers Weekly as the recipient of the 2019 Pro Bono Excellence in the Law Award. Attorney Shaw will be honored at an event on the evening of May 2nd at the Marriott Long Wharf Hotel in Boston.

Among many notable contributions to pro bono, Attorney Shaw has served as the supervising attorney for the Western Mass. Housing Court Lawyer for the Day (LFD) program for 20 years – a program which partners with volunteer lawyers in providing legal assistance to tenants and landlords who are without lawyers on the day of their court hearing.

Motivated by the challenges economically and socially disadvantaged populations face trying to obtain meaningful access to our legal system, Attorney Shaw has spent the majority of his legal career working on ways to enhance access to justice. Among his proudest accomplishment is the creation of the Massachusetts Legal Resource Finder, www.masslrf.org, one of the first on-line legal resource triage tools in the country.

After receiving his law degree in 1990 from Northeastern University School of Law, Gordon served two years as a judicial law clerk to the Massachusetts Superior Court, serving the second year as the Deputy Chief Law Clerk. He then spent several years in private practice prior to joining Massachusetts Justice Project (MJP) as a staff attorney in 1998, rising to Managing Attorney in 2005 and Executive Director in 2011. After MJP merged into Community Legal Aid in 2014, Gordon became the first Director of Client Access, where among other things, he oversees and manages the Volunteer Lawyers Service and CLA’s clinical program with Western New England University School of Law, where he also serves as an adjunct professor of law. He is member of the Massachusetts Supreme Judicial Court’s Standing Committee on Pro Bono Legal Services, and is a member of the Northampton Housing Partnership.

Attorney Shaw is based in Community Legal Aid’s Northampton office. He is a resident of Leeds where he lives with his wife Arlene Correa.