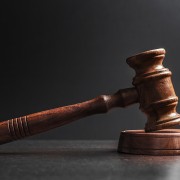 When she sought help from Community Legal Aid (CLA), Brittany was a single, working mother from Central Massachusetts who put her children to bed each night on the floors of the homes of her family and friends. With no stable living arrangements and very little money, she had lost her sense of safety and security.

Prior to becoming homeless, Brittany (whose name has been changed to protect her privacy) and her two young sons had been living in a mold-infested apartment with heat that didn’t go above 52 degrees. After she was hospitalized with pneumonia, she fell behind on the rent because she was unable to work. Her landlord took her to court and the family was forced to pack up and leave. Unable to find suitable housing, Brittany applied for emergency shelter but was denied.

CLA helped put Brittany and her children back on the road to stability and independence. Because she had fallen behind on her rent for legitimate medical reasons, her CLA attorney successfully argued that the state had wrongfully denied the emergency shelter for which she was eligible. Soon she and her children were safely placed in shelter and began the search for a permanent home without worrying where they’d wind up sleeping every night. Meanwhile, Brittany’s son was worried that he would have to change schools because their shelter was in a different school district. A CLA education attorney stepped in and worked with both towns to ensure Brittany’s son could continue to attend the school that he loved.

Helping low-income families and individuals escape homelessness is just one way CLA serves as a lifeline for thousands of clients each year. CLA provides legal assistance to eligible people in the most basic areas of need: homelessness prevention, employment, education, elder law, immigration, and family law, mostly for domestic violence survivors. CLA’s work is augmented by a panel of approximately 175 private attorneys who annually donate more than 2,700 hours of legal services to the organization.

With a service area that stretches from Worcester to Massachusetts’ western border, CLA serves all of Berkshire, Franklin, Hampden, Hampshire and Worcester counties. It has full-service offices in Worcester, Northampton, Pittsfield and Springfield, along with satellite offices in Fitchburg, Greenfield, Holyoke, North Adams, Southbridge and Milford. No other legal services program in Massachusetts serves such a broad swath of the state.

In addition to covering the largest geographical area of Massachusetts’ regional legal aid programs, CLA’s roots are among the oldest in the state. Most civil legal aid programs trace their birth to President Lyndon Johnson’s “War on Poverty” in 1964, which led to the establishment of the Office of Economic Opportunity and other anti-poverty programs. Having been established in 1951 as the Legal Aid Society of Worcester by a group of attorneys from the Worcester County Bar Association, CLA’s origins precede even those programs.

As it has over the last six-plus decades, CLA will continue to grow and adapt to meet the needs of the most vulnerable residents of Central and Western Massachusetts, ensuring they have access to justice and the dignity that all people deserve, regardless of their ability to pay for legal help.

When her case was resolved, Brittany declared her attorney “a miracle worker.”

“You work so hard,” she said, “and you have gotten my family so far with your kindness alone.”

John Carroll is a a partner at Meehan, Boyle, Black and Bogdanow, and the immediate past chair of the Equal Justice Coalition. He is a 2016-2017 fellow with the Access to Justice Fellows Program, a project of the Massachusetts Access to Justice Commission and the Lawyers Clearinghouse that enables senior lawyers and retired judges to partner with nonprofit organizations, courts, and other public interest entities to increase equal justice for all.