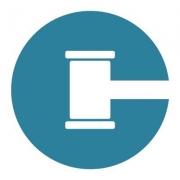 DUA had been putting unemployment claims on “hold” for months.

Community Legal Aid won a major court victory in an important case against the Department of Unemployment Assistance (DUA), the state agency that administers unemployment insurance benefits in Massachusetts.

Representing several workers, Community Legal Aid filed a Motion for a Preliminary Injunction late last year in Worcester Superior Court, seeking to require DUA to follow its own rules with respect to the evaluation of claims, and stop harmful practices it had adopted during the pandemic. In its Memorandum of Decision dated March 2, 2021, the Worcester Superior Court agreed, and ordered DUA to follow the processes required under Massachusetts law.

Community Legal Aid’s Litigation Director, Leigh Woodruff, commented “This injunction will stop a number of practices of DUA that have been extremely harmful to large numbers of people who have filed claims for unemployment benefits, including claimants being put on ‘hold’ for extended periods, approved claimants having benefits stopped because of redeterminations without any opportunity to be heard, and claimants having current benefits stopped to recover old overpayments that are actually under appeal. Under this order, DUA can no longer put claims on hold and leave families in limbo without income or any way to appeal — for months on end.”

The clients (“Plaintiffs”) represented by Community Legal Aid in this case were workers whose employment had been affected by the pandemic. DUA had initially approved these Plaintiffs’ claims and began paying them benefits. But later, DUA suddenly stopped making payments, and even demanded some claimants repay thousands of dollars. Before taking these actions, DUA never notified Plaintiffs of any problems and/or did not permit them to submit evidence to resolve any questions or uncertainties. With the Preliminary Injunction, the Court has ordered DUA to stop these practices because they deprive workers of benefits without due process in violation of federal and state law, and are contrary to DUA’s own rules and regulations.

Community Legal Aid has reached out to DUA asking how it intends to comply with the Court’s order.