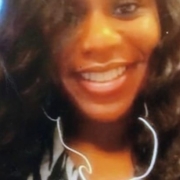 The Disability Law Center (DLC) issues a major Death Investigation Report today (June 8) announcing the results of its investigation into the tragic death of CaSonya King, a Northbridge area woman and former information and data professional.  CaSonya King died at the age of 44, within 30 hours of being left on Boston streets by High Point Hospital (HPH), which discharged her from a Middleborough, Massachusetts inpatient mental health unit against her will. Today, June 8, 2021, is the third anniversary of her admission to High Point Hospital.

The report, “Out of Time: The Tragic Death of CaSonya King and the Practice of Patient Dumping” is available on the DLC website.   It contains a detailed analysis of hospital medical records, DMH investigative records, and legal records, along with photographs, tables and additional graphic material, and information gathered from interviews and fact investigation. The report also describes CaSonya’s death against the backdrop of so-called “patient dumping” incidents across the country. Following its investigation, undertaken as the designated Protection and Advocacy (“P&A”) system for the Commonwealth, DLC finds that the actions of High Point Hospital, in discharging CaSonya King without a meaningful and effective discharge plan, constituted neglect and a dangerous practice that contributed to CaSonya King’s tragic death.

“This tragic outcome is exactly what we might expect when someone in a highly disoriented state is discharged from a hospital to urban streets against their will, far from where they live, without adequate supports or services,” says DLC Executive Director Marlene Sallo.  “It was a callous act, reflecting a lack of both compassion and respect for the law.”

In its investigative report, totaling 47 pages and approximately 20 additional pages of endnotes, DLC attempts to confront the unanswered questions which have burdened the King family with confusion, sorrow and loss over the past three years:

The report also criticizes the failure of the Department of Mental Health (DMH) which licensed High Point Hospital, to require complete answers to these questions from the hospital.   In discussing the oversight by DMH, the report states that the state agency “made no meaningful effort to answer, or more aptly, to require the hospital to investigate and to answer for itself, and for DMH, these critical questions.”   It concludes:

This lack of rigorous oversight devalues the lost life of CaSonya King and undermines the Department’s core mission: to provide access to quality treatment and supports to meet the needs of individuals with mental health challenges, enabling them to live, work and participate in their communities.

The report does note that the DMH investigators did their work in a competent and timely manner. However, Sallo explains,  “It’s not enough to gather facts.  When hospitals act in the name of government, they have an obligation to answer all relevant questions about patient deaths. DMH administrators never required High Point to tell CaSonya’s family why she was discharged in this condition, why she could not be held longer, exactly where on the street she was left, and why she never made it into the shelter.  And they required no meaningful corrective action of the hospital in the face of all of these unanswered questions.  The general public, and CaSonya King’s family deserve better.”

DLC also identifies remedial measures and corrective action for both High Point Hospital and the Department of Mental Health.  For HPH, DLC states that HPH should not be granted a license for outpatient mental health services in the future, unless it demonstrates an ability to comply with fourteen (14) identified best practices.  For DMH, DLC asks the agency to require the same measures of its licensees; that it reconsider changes to its regulations originally proposed by DLC in 2019; that it modify a critical incident reporting form for its licensees;  that it adopt more a rigorous interpretation of its licensing authority; and that it engage in data collection with other service providers and stakeholders, to better assess the frequency of voluntary and involuntary discharges from its licensed facilities to homeless shelters and to the street.

DLC, as the designated Protection and Advocacy System for Massachusetts, is authorized under federal law to investigate incidents of abuse and neglect of individuals with disabilities.  [See 42 U.S.C. sec. 10801 et. seq., (PAIMI Act) and other federal statutes.] The investigation was conducted and the report was written by DLC staff.  All personal information about CaSonya King contained in the report was authorized to be released to the public by the personal representative of her estate.