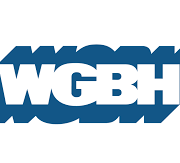 At the end of June, the federal moratorium on evictions will expire, putting thousands of families in Massachusetts at risk for eviction. Andrea Park is a housing and homelessness staff attorney with the Massachusetts Law Reform Institute. She says the federal moratorium doesn’t protect all tenants and the ones receiving that protection are only saved from the final step of the process, the eviction itself. “So someone could be legally entitled to these protections but their case would move all the way through and the execution papers might even be handed to the landlord that says you’re able to physically remove this person, but they just have to hold onto that until the end of June,” said Park. Read more at WGBH.org