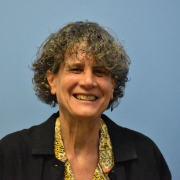 Julia Landau, director of the Disability Education Justice Initiative at Massachusetts Advocates for Children, was quoted in an Aug. 7 Boston Globe article.

Massachusetts students with autism and significant intellectual disabilities will gain unprecedented access to postsecondary education at state colleges and universities under a law signed late last month by Governor Charlie Baker, lauded by disability rights advocates as the first of its kind in the nation.

More than a decade in the making, the breakthrough legislation will require all of the state’s public college campuses to offer accommodations to young people whose severe disabilities prevent them from earning a standard high school diploma, allowing them to take classes as nondegree-seeking students and join extracurricular activities alongside their peers — experiences that can transform their lives for the better, according to experts.

“It’s truly a joyous and historic milestone, for the state and for the country, because it really will allow people with disabilities to reap the same benefits of higher education,” said Landau. “They have shown that they can exceed societal expectations when they’re given the same opportunities to learn.”

Massachusetts triple-deckers can be full of fire hazards. Here’s why.
Scroll to top