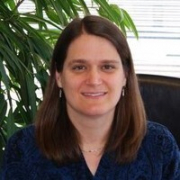 The Boston Globe reported on the verdict of a case involving an injured worker, represented by Greater Boston Legal Services attorney Audrey Richardson. A federal jury in Boston on Tuesday ruled that a construction company retaliated against the worker by reporting him to immigration officials in an effort to have him deported after he was seriously injured on the job and awarded the man $650,000 in damages.

José Martin Paz Flores had broken his leg after falling off a ladder at work in 2017 and was recovering from surgery when his boss at Tara Construction told him to come to the office because he had some money for him, according to testimony during the week-long trial. But minutes after Paz picked up an envelope containing $500, US Immigration and Customs Enforcement agents arrested him for living in the country illegally, as his 2-year-old son looked on.

Audrey Richardson, the lawyer for GBLS who represents Paz, said the verdict “made crystal clear that employers who think that they can take advantage of a worker’s undocumented immigration status to undermine their ability to exercise their basic workplace rights, in this case reporting an injury and getting medical care, will face serious consequences.”