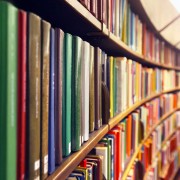 People who do not speak English, or who have limited proficiency with English, can face many challenges when trying to access government services or pursue justice through the courts. Federal law and regulations have established standards to shield limited English proficient (LEP) persons from illegal discrimination. But the reality is that such people are often left to advocate for themselves in individual courts and local governmental offices, and due to limited English proficiency, they are often unable to do so effectively.

It’s not at all uncommon for our civil legal aid advocates to work with recent immigrants and refugees who have next to no proficiency in English and who are dealing with complex issues, such as eviction from housing or denial of health care benefits. More often than not, our clients have been instructed by court clerks and government officials to bring a family member or friend who can translate for them. In some instances, they will even try to have an LEP person’s child translate sensitive information.

All of which, of course, is in clear violation of Title VI of the Civil Rights Act of 1964, which specifies that no person in the United States may be excluded on the basis of national origin “from participating in, be denied the benefits of, or be subjected to discrimination under any program or activity receiving Federal financial assistance.”

The American Bar Association’s 2012 “Standards for Language Access in Courts” specifies that courts should provide notice of the availability of interpretation services, translated signage and qualified interpreters for LEP litigants, who are often recent immigrants or refugees. Courts are also expected to have written forms available in translation, and to have court judges and staff trained on language accessibility. Compliance with these standards is not uniform, and many LEP litigants still do not have equal access to justice in courts throughout the country. Federally funded programs frequently fail to meet these standards, and LEP persons often receive agency notices in English or a language other than their preferred language. LEP persons are often not informed of their right to interpreter services or are outright denied access to an interpreter. The failure to comply with federal language access standards has resulted in lawsuits and investigations by the Department of Justice in several states, including Rhode Island and New Jersey.

Here in Massachusetts, the state’s Office for Refugee and Immigrants (ORI) published a report in 2009 identifying the most commonly cited service gaps for LEP persons at the Department of Transitional Assistance (DTA), which included a lack of interpretation during intakes and a dearth of translated written material. As part of compliance with the ORI recommendations, DTA drafted and published a Language Access Plan.

In response to these legal access issues, civil legal aid advocates in many states have established coalitions with other social justice organizations to advocate for LEP persons. In Washington state, the Coalition for Language Access recently launched their “Tools with Health” community education program, through which they disseminated consumer “Know Your Rights” pamphlets and “I Speak” cards.

In Massachusetts, the state’s Language Access Coalition organized “Building Bridges through Language Access Advocacy and Collaboration,” a 2014 summit that brought together advocates from legal services, community-based organizations, and civil rights organizations who explored ways to improve compliance with language access legal obligations in their communities. Meanwhile, the Massachusetts Legal Assistance Corporation (MLAC) created a Language Access Fellowship in 2013 through which an advocate placed at an MLAC-funded organization could strategize full-time on ways to mobilize language advocacy initiatives across the state.

When considering the vast array of need in accessing justice, the ability to receive and respond to critical information in a timely manner cannot be overstated. Language access projects play a vital role in making this happen.