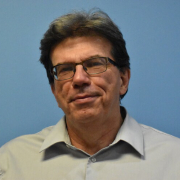 Thanks for your Feb. 22 Metro article, “Hubie Jones spent his career improving schools for students,” highlighting Jones’s central role in shining light on the exclusion of children from the Boston Public Schools more than 50 years ago. Jones has been at the center of social change efforts in Boston for more than a half century and, as he says, he’s still at it.

What’s more, Jones has always understood the importance of organization to long-term change. The task force mentioned in the article became the Massachusetts Advocacy Center, and it was instrumental in the passage of both the bilingual education law and Chapter 766, the special education law. A few years later, that center became Massachusetts Advocates for Children, which today continues to use Jones’s model, combining systemic advocacy with working to change the lives of children, one-by-one. Every family that the organization supports owes a huge debt of gratitude to Hubie Jones.