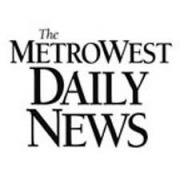 For undocumented immigrants suffering domestic violence or sexual assault, reporting it is often sidetracked by fears of deportation. A bill aiming to ease those fears when talking with local police – called the Safe Communities Act – will undergo a hearing at the State House on Dec. 2. It’s important legislation, because “it doesn’t serve the community for people to be scared,” says attorney Jennifer Ollington.

“…Our clients have suffered from domestic violence or sexual assault, either in the United States or in their country of origin,” said Ollington, an immigration supervisor and staff attorney at MetroWest Legal Services (MLS) in Framingham. Many fear that their immigration status puts them at risk of deportation if they report the abuse to law enforcement.

MetroWest Legal Services helps thousands of low-income clients with civil legal problems for free – many of them are part of the 45,000 people living below the poverty line in Framingham. Read more in The MetroWest Daily News.