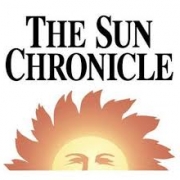 Eviction is scary. And even the word itself sounds scary.

It sounds like a disease, and it does make people sick, sick with anxiety at the very least.

Homelessness is a very real possibility.

Eviction can happen for a myriad of reasons.

Most often the reason is non-payment of rent and it doesn’t have to be a lot of rent.

But sometimes a landlord just wants to repossess the house he or she owns for another purpose.

That’s what happened to an Attleboro woman named Kathy.

The 64-year-old retired security guard for LeachGarner, who didn’t want her full name used, eventually landed on her feet and has a new home in River Court, a public housing apartment building run by the Attleboro Housing Authority…

With the help of a lawyer from South Coastal Counties Legal Services she got through Attleboro Council on Aging, she was able to put off the eviction until the following May.

She found an apartment one day before she was scheduled to go to court, so she avoided the legal trauma and potential physical eviction.

And her chances in court, if it went that far, would not have been good.

According to Masslandlords.net, as many as 99.8 percent of all cases involving judgments are decided in favor of the landlord… Read more in The Sun Chronicle.