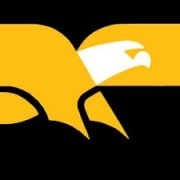 LAWRENCE — For the advocates, attorneys and law enforcement officials gathered at the Northeast Legal Aid office at 50 Island St. Tuesday morning, the murder of a domestic violence victim is an all-too-common occurrence.

And Lt. Gov. Karyn Polito, in her comments to the people who work in the trenches of domestic violence, sexual assault and child sex trafficking, said their efforts were greatly appreciated.

“This is heavy stuff, hard stuff,” said Polito, speaking to about 50 people from all over the state who were gathered for an announcement of the disbursement of $3 million in federal grant funds to 37 non-profits and public safety agencies engaged in the fight against domestic abuse and sex crimes.

“The conversations you are having in your community are challenging, and we appreciate your line of work, your focus and your professionalism,” she said.

…One of the agencies likely to be at the table is Northeast Legal Aid, a nonprofit corporation with offices in Lynn, Lowell and Lawrence, according to Executive Director George Weber.

The group received $48,000 in grant money from Polito on Tuesday which, Weber said, would be used to fund a lawyer who can work closely with the Cambodian-American community in Lowell and Lynn. The person has already been hired and she knows Khmar, the language used by what he said were the second and third largest populations of Cambodian refugees in the country.

“She can bridge that cultural gap,” he said, providing family law services for survivors of domestic violence… Read more in The Eagle-Tribune.

Losing home: With fixed incomes and increasing costs of living, seniors are...
Scroll to top