You are here: Home / Blog / Blog / Make a Difference by Reaching Out 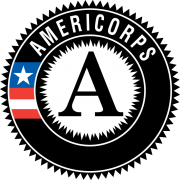 Fifty years ago this summer, thousands of college students from around the country — and from all backgrounds — volunteered to travel to Mississippi for Freedom Summer, a campaign that sought to register African Americans to vote. Three of those student volunteers were murdered (the 1988 film Mississippi Burning is loosely based on their story) for their advocacy on behalf of disenfranchised African Americans. Those three — and the thousands who survived Freedom Summer — changed the world because they chose to “reach down and touch the pain,” as folk singer Iris Dement puts it in her 2004 classic “He Reached Down.”

Like the Freedom Summer volunteers, each of these AmericCorps fellows chose to “touch the pain” in the lives of those who need legal assistance. That choice and that experience has changed their lives — and will continue to do so — in myriad ways. The fellows now know something of what it is like to be poor in the richest country in the world. They know something about what it’s like to have a son or daughter who is denied a decent education because others made assumptions about the child’s abilities based on the color of the child’s skin or the first language of the parents. They know that some families seek shelter in their cars on freezing nights in February because it is their best option to stay safe. Though many Fellows were deeply moved and saddened by these injustices, there is no question that their lives have been changed because they have “touched the pain.”

Increasingly, fewer and fewer people “touch the pain” of those who are different from themselves, and our society is the worse for it. The opposition to sheltering unaccompanied children fleeing to the US from violence-plagued Central American countries is one recent example. A recent Boston Globe poll about a proposed plan to house migrant children in Massachusetts found that while 50 percent of voters support housing the children on a short term basis, 43 percent believed that the children should be deported following judicial hearings. Just 39 percent said that the children should be allowed to stay when the legal process concluded.

The decision to make the effort to reach out to those with different backgrounds and life experiences, while difficult at times, brings great benefits. Writing in the Washington Post earlier in July, Gregory Rodriguez, the founder and publisher of Zócalo Public Square, observed that “diversity makes us smarter:”

Diversity, however, requires second thoughts. When the consensus is challenged in a homogenous place by the presence of new people, things get interesting. The familiar signs and symbols that undergird our implicit understanding of the world can change in meaning. The presence of conflicting worldviews causes confusion, uncertainty, and alienation for holdovers and newcomers alike. These feelings can either cause people to draw back into themselves–or force them to articulate and justify themselves to those who don’t share their view of the world. Or both.

I have no doubt the AmeriCorps Legal Fellows will continue to engage with those who share a different worldview and, most important, will continue to “reach out and touch the pain.” In doing so, they are slowly chipping away at inequality and expanding justice for all.