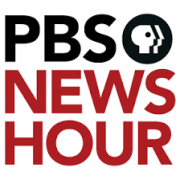 Massachusetts is among several states using involuntary commitment to force someone into addiction treatment if they have an alcohol or substance abuse problem and pose a risk of serious harm. But it’s the only state to provide that treatment in a correctional facility, and critics say that’s no place for those battling addiction who haven’t been criminally charged… Bonnie Tenneriello is one of those critics. She’s a staff attorney at Prisoners’ Legal Services of Massachusetts, a nonprofit group that represents incarcerated people.

“It may be a nicer environment than an ordinary prison setting but it’s still a prison and you’re still telling people you belong in jail. There is already enough stigma around addiction that for us to say it’s OK to put people with addiction in jail just furthers that stigma, furthers a belief in our communities that these people are bad. And that’s going to stop people from getting treatment,” said Tenneriello.
Read more from PBS Newshour.

Equal Justice Coalition to honor 13 champions of Legal Aid with Beacon of Justice...
Scroll to top