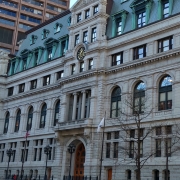 The state’s highest court on Friday reversed a lower-court ruling and decided that employees at a Franklin County farm are entitled to be paid overtime because the work they performed at the farm was not the same as farming. The Massachusetts Supreme Judicial Court on Friday ruled in favor of the 15 plaintiffs in the case of Ana Arias-Villano and others vs. Chang & Sons Enterprises of South Deerfield…The Central West Justice Center, which represented the 15 plaintiffs, hailed the ruling as an important victory for worker’s rights. Leticia Medina-Richman, managing attorney for the center, said the decision “brings clarity about what constitutes fair compensation for the many hours worked by those performing the kinds of tasks that the plaintiffs performed.” Read more in The Springfield Republican