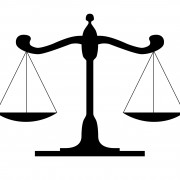 In January, Legal Services NYC (LSNY) released the report “Poverty is an LGBT Issue: An Assessment of the Legal Needs of Low-Income LGBT People.” Analyzing survey data from more than 300 low-income LGBT New Yorkers about their experiences with a range of civil legal issues — non-criminal legal matters like access to housing or health care — it is the first report of its kind to be done in this country. The assessment is sobering, especially given the myth of “gay affluence“ that is perpetuated by the mainstream media and right-wing opponents of gay rights — including the late Supreme Court Justice Antonin Scalia — that gay people are monolithically well-educated, rich, and politically powerful urban dwellers who do not need or deserve the support of our legal system.

Such portrayals could not be further from the truth. As the report’s authors point out, Gallup research from 2012 showed that more than 20 percent of LGBT people living alone had annual incomes below $12,000 — only slightly above the federal poverty line — compared with 17 percent of non-LGBT people living alone. Another study found that transgender Americans are nearly four times more likely than the population as a whole to have an annual household income of less than $10,000. Other research shows that married or partnered LGBT parents raising children are twice as likely to have household incomes near the poverty level compared to married or partnered non-LGBT parents.

As LSNY’s report notes, LGBT people living in poverty often face multiple levels of marginalization. Just like other individuals and families struggling to make ends meet, low-income LGBT people have legal needs related to accessing affordable housing, employment, health care, governmental social safety nets, and legal protections for their families. However, their economic and legal struggles are often compounded by, if not the direct result of, an added layer of anti-LGBT bias.

For example, due to longstanding institutional bias against transgender people, most insurance carriers refuse to cover medical treatment related to gender transition. A recent change to the Affordable Care Act prohibits what had previously been allowed: blanket exclusion of care, including hormone therapy, gender reassignment surgery, and other treatment that mainstream medical and psychiatric associations agree is medically necessary for the health of transgender people. Under the new rule, any care that is covered for patients who are not transgender (i.e. hormone replacement therapy for menopausal women, mastectomies for women at risk of breast cancer, and reconstructive surgeries) must now be covered for transgender patients. The U.S. Department of Health and Human Services Office of Civil Rights began implementing the nondiscrimination provision in July. But if past experience is a guide, civil litigation will likely play a role in ensuring that insurers comply with the new rule.

Here in Massachusetts, in 2008 an attorney from Legal Assistance Corporation of Central Massachusetts (LACCM) (now Community Legal Aid), represented a transgender couple that was passed over for an apartment rental in the town of Oxford in favor of “a straight, single male,” according to the real estate agent who showed them the property. The women, Samantha Cornell and Andrea V. Boisseau, became homeless after being denied the apartment. LACCM found evidence the couple had been discriminated against based on their gender identities, sex, sexual orientation, marital status, and disability status. LACCM attorney Jane Edmonstone negotiated a settlement that included damages and attorney’s fees for Cornell and Boisseau and mandated fair housing training for the offending rental agent.

Our country has made tremendous and speedy strides toward full legal equality for LGBT people thanks to the groundbreaking work of LGBT impact litigation and legal advocacy organizations like GLBTQ Legal Advocates & Defenders, Lambda Legal, the National Center for Lesbian Rights, and the Transgender Law Center. As we have seen recently with the spate of state laws aimed at prohibiting equal access to public accommodations for transgender people, much work remains to be done in this area. By ensuring that the most vulnerable members of an already vulnerable community have the legal representation they need and deserve, civil legal aid organizations play a vital role in advancing LGBT rights.