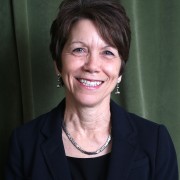 BOSTON, August 8, 2018—The Board of Directors of the Massachusetts Legal Assistance Corporation (MLAC) is pleased to announce the appointment of Lynne M. Parker as the organization’s new executive director, effective September 17. Parker has more than three decades of experience advocating on behalf of low-income residents, most recently as executive director of New Hampshire Legal Assistance. She will succeed Lonnie Powers, who will retire at the end of August after 35 years as MLAC’s executive director.

“We are delighted to welcome Lynne Parker as the next leader of MLAC,” said Marijane Benner Browne, Chair of MLAC’s Board of Directors and Director of Lateral Partner Recruiting at Ropes & Gray. “Her wealth of experience, deep commitment to social justice, and impressive track record of forging alliances in support of civil legal aid will enable MLAC to build on the dedicated efforts of MLAC’s board and staff, particularly outgoing Executive Director Lonnie Powers, to ensure access to justice for Massachusetts’ most vulnerable residents.”

“I am extremely honored to have been selected as MLAC’s next executive director,” said Parker. “I look forward to partnering with MLAC’s Board of Directors, staff, and stakeholders, collaborating closely with legal aid organizations throughout Massachusetts, and continuing MLAC’s longstanding commitment to building broad support for civil legal aid.”

A Massachusetts native, Parker holds a BA in political science from Mount Holyoke College, and a JD from the University of New Hampshire School of Law. As a law student, she interned at the Massachusetts Law Reform Institute, another MLAC-funded organization. Early in her career, she served with the Peace Corps in Guatemala, assisting women and girls in local communities develop the skills necessary to start their own businesses. She also worked as an AmeriCorps Site Director and as a housing advocate—an area of work which has been a focus of her time as a legal aid attorney. Throughout her career, Parker has promoted staff diversity and linguistic competence, advocated for the rights of people with limited English proficiency, and conducted outreach to underserved communities—particularly Spanish-speaking residents.

The Massachusetts Legal Assistance Corporation was established by the state legislature in 1983 to ensure that low-income people with critical, non-criminal legal problems would have access to legal information, advice and representation. With funding from the Commonwealth and the Interest on Lawyers’ Trust Accounts (IOLTA), as well as from government grants and private foundations, MLAC is the largest funding source for civil legal aid in Massachusetts, supporting 14 local and statewide civil legal aid programs. MLAC also provides leadership and support for the continued improvement of legal aid to low-income people statewide through initiatives focused on advocacy for increased state funding of legal aid; diversity, equity, and inclusion; systemic technology enhancements; and special projects to deliver legal services to victims of crime and to immigrants facing deportation.

An outlier in the state, Worcester schools look to reduce recent spike in emergency...
Scroll to top