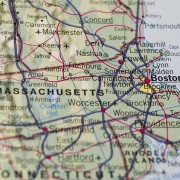 BOSTON, May 25, 2017 – The Massachusetts Legal Assistance Corporation (MLAC) expresses its gratitude to the State Senate for approving $20 million in funding for civil legal aid in its FY18 Budget passed today. This additional funding was possible thanks to bi-partisan support for amendment #896, co-sponsored by 21 senators, which added an additional $2 million to the initial Senate Ways & Means budget proposal. The Senate appropriation, an increase of $2 million over FY17, represents an important step forward in the Commonwealth’s efforts to increase access to legal representation for low-income individuals and families facing potentially life-altering civil legal issues related to housing, health care, employment, and domestic violence, among others.

“We know our Senators had difficult decisions to make in the budget process, and we applaud them for recognizing the importance of civil legal aid in protecting the safety and stability of low-income residents of the Commonwealth,” said Lonnie Powers, executive director of MLAC. “We would like to extend special thanks to Senate President Rosenberg, Senate Ways and Means Committee Chair Karen Spilka, and Vice Chair Sal DiDomenico for their leadership on this issue, and to amendment co-sponsors Senator Cynthia Creem and Senator William Brownsberger for their longstanding efforts to improve access to justice for our state’s most vulnerable residents.”

Community Legal Services and Counseling Center: A Hub for Justice and Heali...
Scroll to top