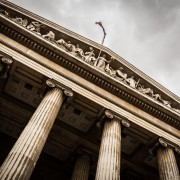 Across the country, recent headlines about the impact of the Trump administration’s proposed federal budget cuts to social safety net programs are dire and worrisome. “Analysis: Congregations can’t make up for proposed federal budget cuts,” read the header on a story in the national Catholic magazine Crux. “Mean federal budget proposal hurts children,” the Tennessean declared at the top of a story about how the cuts could set back Tennessee’s steady improvement in child well-being. In the Columbus Dispatch, it was “Federal budget cutters take aim at food stamps” over a story noting that two-thirds of Ohio food stamp recipients are children, elderly or adults with disabilities. And in The Hill, US mayors warned that the proposed $6 billion cut in funding for the Department of Housing and Urban Development could result in a public health crisis for residents of the country’s public housing.

Naturally, these proposed budget cuts to our most basic social services have people with low incomes and anti-poverty advocates on edge, especially those of us who provide civil legal aid. That’s because civil legal aid—free legal advice or representation for poor people facing non-criminal legal issues—is often the very last line of defense for people who are already struggling to pay rent, put food on the table, and meet other basic needs.

When a low-income family faces eviction after an unlawful foreclosure on their home, civil legal aid is often the only service that stands between them and homelessness. The same goes for an elderly woman with a limited income facing a steep rent increasewhose landlord refuses to negotiate a lease extension to give her time to secure affordable housing. Ditto for the family that falls on hard times after a father’s catastrophic illness, becoming homeless and facing harassment from creditors.

So there is no doubt that if Trump’s cuts go through, the demand for civil legal aid will only increase as low-income people are made to get by with fewer resources, which are already quite meager to being with. Unfortunately, our civil legal aid system is already so chronically underfunded that 86 percent of the civil legal problems reported by low-income Americans over the past year received either inadequate assistance or none at all, according to a new report from the Legal Services Corporation, the quasi-federal agency that administers civil legal aid funding. Here in Massachusetts, more than 60 percent of people who qualify for services are turned away because civil legal aid programs lack the funding to help them.

That’s not the end of the story. The Trump administration has also proposed completely cutting off federal funding for civil legal aid. While that seems unlikely, the U.S. House subcommittee that appropriates money to the Department of Justice just released a budget proposal that proposes cutting civil legal aid funding by 24 percent—still a crippling blow that would result in even more people being denied access to equal justice under the law.

On the bright side, some local governments are taking small, but meaningful, measures to close the justice gap. In February, New York City became the first city in the country to guarantee that low-income people facing eviction or other housing issues will have legal representation in housing court. Philadelphia is moving in the same direction. Here in Massachusetts, Boston Mayor Marty Walsh is working with state legislators to pass a billthat would guarantee legal representation for all tenants facing eviction, regardless of their ability to pay

Given the ominous signals from Washington, D.C., we must shore up our defenses at home. The first step in this process is for the final state budget to be approved with level funding for civil legal aid.