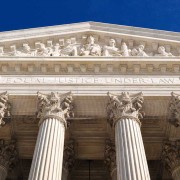 BOSTON, February 16, 2016 – Massachusetts civil aid programs generated an estimated $35.1 million in new revenue and cost savings for the Commonwealth in the fiscal year that ended June 30, 2015, according to a new report by the Massachusetts Legal Assistance Corporation (MLAC).

The state appropriation for MLAC in fiscal year 2015 was $14.7 million, reflecting a 1.79% mid-year cut to the initial appropriation of $15 million.

The report is based on data submitted to MLAC by the 14 civil legal aid programs it funds in the Commonwealth.

The full report and a one-page summary are available at: https://mlac.org/resources/research/

About MLAC
The Massachusetts Legal Assistance Corporation was established by the state legislature in 1983 to ensure that low-income people with critical, non-criminal legal problems would have access to legal information, advice and representation. It is the largest funding source for civil legal aid programs in Massachusetts. For more information, visit www.mlac.org.