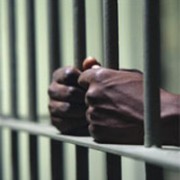 On May 16, 2017, the Massachusetts Supreme Judicial Court ruled that the Americans with Disabilities Act applies to mentally and physically disabled prisoners seeking parole, requiring  the state  to assist them in developing release plans that address their disabilities with an eye toward reducing the chances that the paroled individual will re-offend and be returned to prison.

PLS’s other litigation priorities are staff brutality, unfair and discriminatory segregation, and unconstitutional conditions of confinement, all of which—along with the health issue—the organization believes have reached crisis proportions in the state. For example, Massachusetts is one of a small handful of states in the country that allows solitary confinement for up to 10 consecutive years for one disciplinary offense. PLS is currently supporting proposed legislation to reform the use of solitary confinement in Massachusetts, and the organization created a powerful seven-minute documentary video about the lasting effects of solitary confinement. The organization is also advocating legislation that would allow for compassionate release, such as was recently granted former House Speaker Salvatore DiMasi at the federal level. Massachusetts is one of only three states that does not provide incapacitated or terminally ill prisoners the ability to die in their community.

Founded in 1972, PLS is funded chiefly by the Supreme Judicial Court and augmented by grants from other funders, notably the Massachusetts Bar Foundation and the Boston Bar Foundation. Led by executive director Leslie Walker, the organization’s small staff of nine lawyers, four paralegals and three support staff serves the entire state and county correctional system. Prisoners and their family members often make contact with PLS through its website or through defense attorneys who alert the organization when they have concerns about how detained or incarcerated clients are being treated within the prison system. Judges occasionally contact them for the same reason. PLS also disseminates a newsletter throughout the correctional system.

Walker’s interest in prisoner’s rights is rooted in her experience representing an inmate on an administrative charge—which she ultimately proved untrue—as a young Northeastern University law student. She recalled how her client once pointed out to her that, among the 45 prisoners in his cell block, many were relatives and friends from the client’s neighborhood. At that point she realized that crime is a byproduct of poverty. The more Walker studied the field, the more she wondered about the purpose of punishment in light of statistics showing that more than 40 percent of prisoners in Massachusetts will be re-incarcerated within three years.

Prison does not prepare prisoners to re-enter society, Walker concluded. They leave with few marketable skills and because of their criminal record, many are barred from living with their families in public housing, families that could potentially provide material and emotional support, creating a recipe for failure in the free world.

Over time, Walker’s philosophy on incarceration has evolved into three principles: 1) reward good behavior 2) ignore bad behavior if you can, and 3) punish in as limited a manner as possible.

“If we viewed corrections in a less politicized way, with a greater respect for the intrinsic dignity of the of the incarcerated population,” says Walker, “we would see that building more jails reinforces the problem rather than reducing it.”

John Carroll is a partner at Meehan, Boyle, Black and Bogdanow, and the immediate past chair of the Equal Justice Coalition. He is a 2016-2017 fellow with the Access to Justice Fellows Program, a project of the Massachusetts Access to Justice Commission and the Lawyers Clearinghouse that enables senior lawyers and retired judges to partner with nonprofit organizations, courts, and other public interest entities to increase equal justice for all.