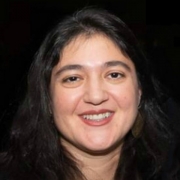 A diverse stream of lawmakers, activists and community leaders produced a lengthy list of racial equity proposals on Monday, kicking off one of the Legislature’s most daunting undertakings to date: confronting centuries of structural racism ingrained in nearly every facet of public life…Warning that “mass incarceration is perhaps the most pointed example of structural racism in our society,” Prisoners’ Legal Services Executive Director Elizabeth Matos urged lawmakers to install an ombudsman to oversee public health standards in correctional facilities and require the state Department of Correction to review inmate populations for potential release as a precaution against spread of the highly infectious virus. “We do not want to see another drastic spike in cases and deaths like we did last fall,” Matos said. “Oversight is critical to avoid a continued failure to be appropriately vigilant in these congregate settings.”