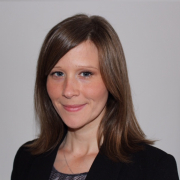 CommonWealth Magazine on Sept. 9 reported on an amicus brief filed by Prisoners’ Legal Services, the Disability Law Center, and the Committee for Public Counsel Services. Since the legislature established medical parole in 2018, prisoners’ rights advocates and Department of Correction officials have been in a near-constant fight about how the law is being implemented.

Tatum Pritchard, an attorney with the DLC, which filed a brief in the case, said the Legislature made clear that someone who is permanently incapacitated – physically or cognitively – should be eligible for parole, but the DOC inappropriately created a much narrower definition by focusing on activities of daily living. Pritchard said under the DOC’s definition, medical parole is reserved only for individuals who “really have no functional abilities at all.”

The court could also address other related issues. DLC, PLS, and CPCS argued in their court brief that correction officials need to consider whether someone’s disability led to certain behavior in jail, like being disruptive, and whether that disability could be managed in the community.

Read more in CommonWealth Magazine and in The Boston Globe.