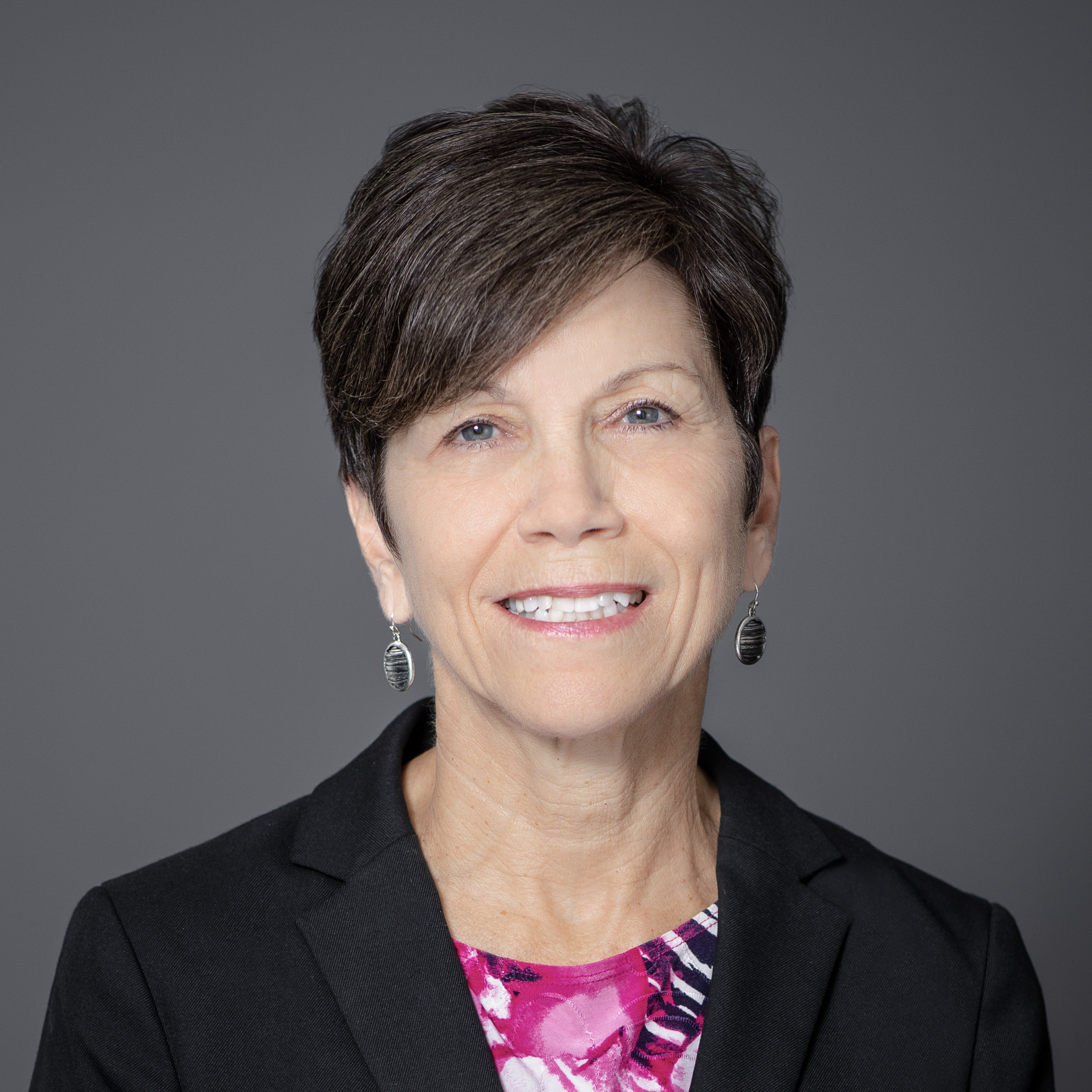 Lynne Parker joined MLAC as Executive Director in September 2018. Parker has more than three decades of experience advocating on behalf of residents with low incomes, most recently as Executive Director of New Hampshire Legal Assistance. A Massachusetts native, Parker holds a Bachelor of Arts in Political Science from Mount Holyoke College, and a Juris Doctor from the University of New Hampshire School of Law. As a law student, she interned at the Massachusetts Law Reform Institute, and later worked at Southeastern Massachusetts Legal Assistance Corporation (now South Coastal Counties Legal Services)—both of which are MLAC-funded organizations.

Parker began her legal aid career representing migrant farmworkers as an attorney at Pine Tree Legal Assistance in Bangor, Maine. During her tenure at New Hampshire Legal Assistance, Parker served as a staff attorney and later deputy director before becoming executive director in 2014. Throughout her career, Parker has worked in a variety of areas including eviction prevention and fair housing advocacy, promoted staff diversity and linguistic competence, advocated for the rights of people with limited English proficiency, and conducted outreach to underserved communities. Prior to attending law school, Parker served as a Peace Corps volunteer in Guatemala.

Lynne Parker speaks at Talk to the Hill, 2022: “Low-income people across the Commonwealth have been disproportionately affected by the pandemic.”

Tenzin joined MLAC in July 2018 as Executive Assistant to the Executive Director and the Deputy Director. Prior to MLAC, she worked at Make-A-Wish Massachusetts and Rhode Island as the Office and Finance Coordinator. Tenzin has a Bachelor of Arts in English from the University of California, Berkeley, and a Master of Science in Nonprofit Management from Northeastern University. She lives in Somerville. 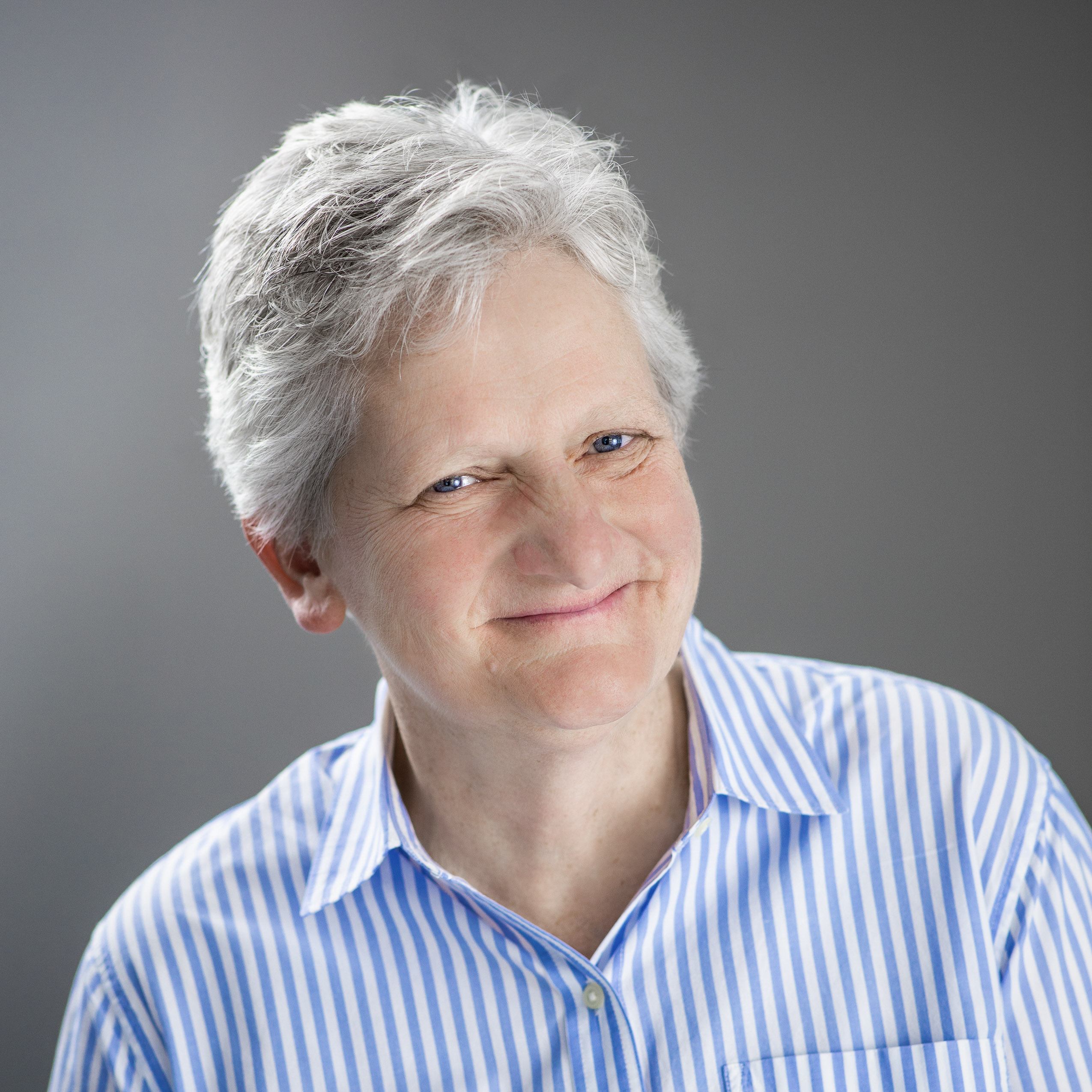 Laura joined the Equal Justice Coalition, a collaboration between MLAC, Boston Bar Association and Massachusetts Bar Association, as Director in September 2016. Laura has a long career in social services and advocacy for low-income populations, having worked at the Cambridge Economic Opportunity Committee, the office of former State Senator Anthony Galluccio, Women’s Lunch Place, and Heading Home, Inc. Laura has also participated in a variety of progressive organizing initiatives at community, regional and national levels including the establishment of women’s international peace camps, protesting strip mining, advocating for incarcerated individuals and their families, securing rights for immigrants and promoting LGBTQ rights, among others. Laura completed post-graduate studies in the Women in Politics and Public Policy Program at the University of Massachusetts and earned a Master of Public Policy from Tufts University’s Department of Urban and Environmental Policy and Planning. 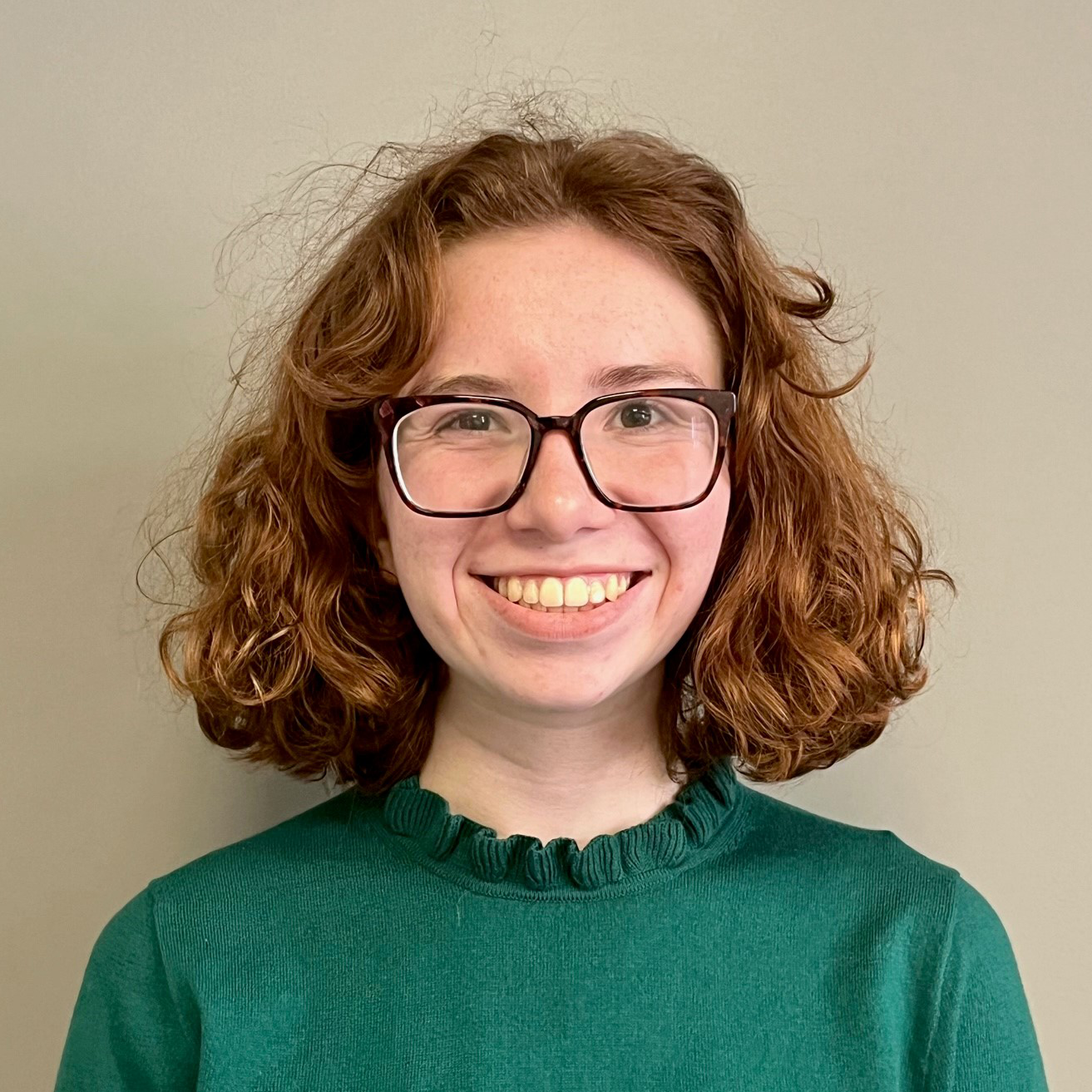 Annie Donovan joined MLAC and the Equal Justice Coalition as Legislative Campaign Associate in December 2022. Annie previously interned with a Somerville city councilor and with Charles Group Consulting, a Boston political consulting firm. She graduated from the University of Vermont in May 2022, earning a Bachelor of Arts in Political Science. A Massachusetts native, Annie lives in Somerville. 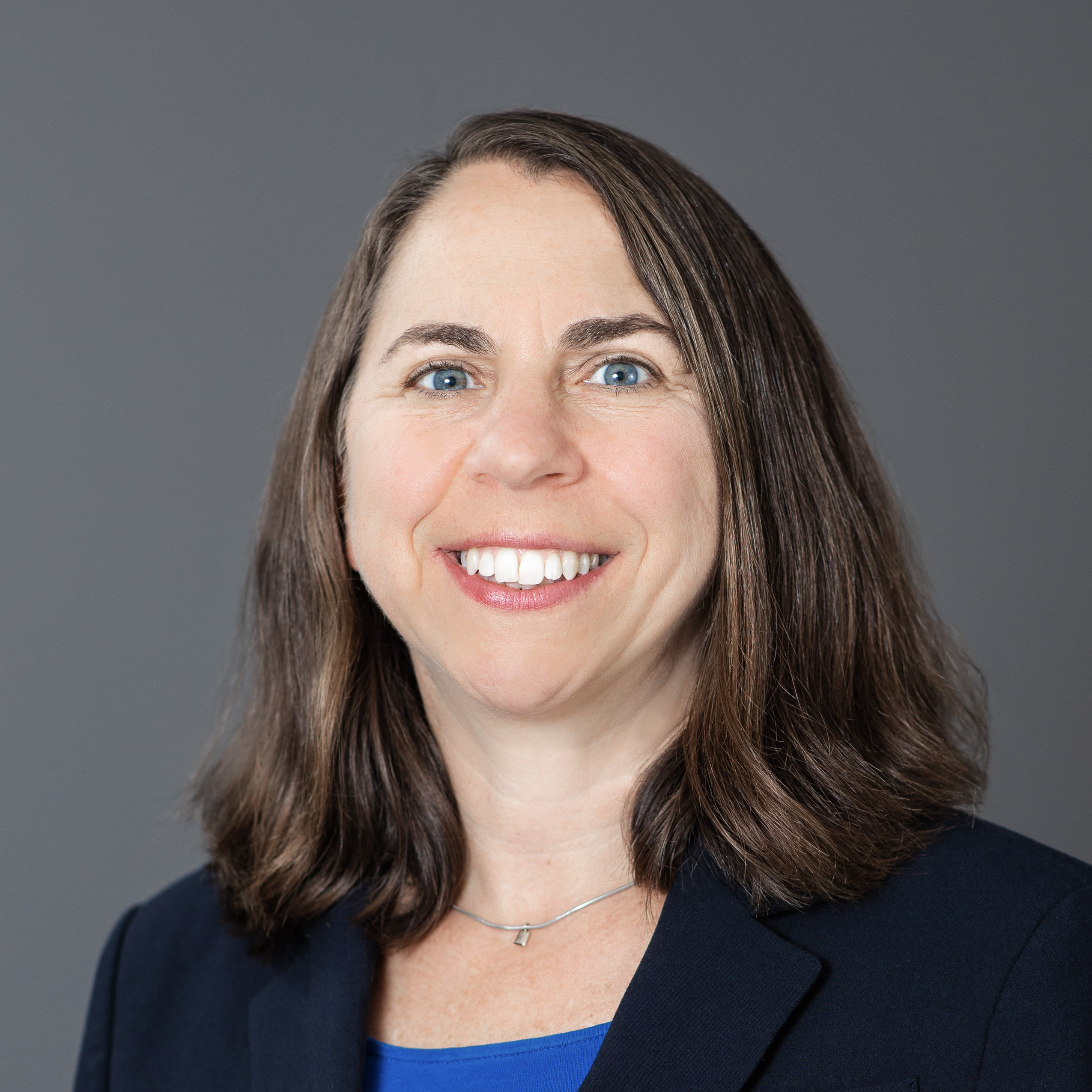 Carolyn Goodwin joined MLAC in August 2019 as the Director of the Massachusetts Access to Justice Commission. First established by the Supreme Judicial Court in 2005, the Commission seeks to improve access to justice for people who are unable to afford an attorney for essential civil legal needs, such as cases involving housing, consumer debt and family law. Carolyn previously served as the Director of Public Service and Pro Bono at Boston University School of Law, after practicing law in New York City for several years. She is a graduate of the University of Michigan and the State University of New York at Buffalo School of Law. In Boston, Carolyn has served on the pro bono panel of the Volunteer Lawyer’s Project, as a co-chair on the Amicus Committee of the Women’s Bar Association, as a co-chair for the Boston Bar Association Delivery of Legal Services Committee, and as a member on the Massachusetts Bar Association Access to Justice Section Council. Carolyn also co-teaches a public interest law seminar at Boston University School of Law. 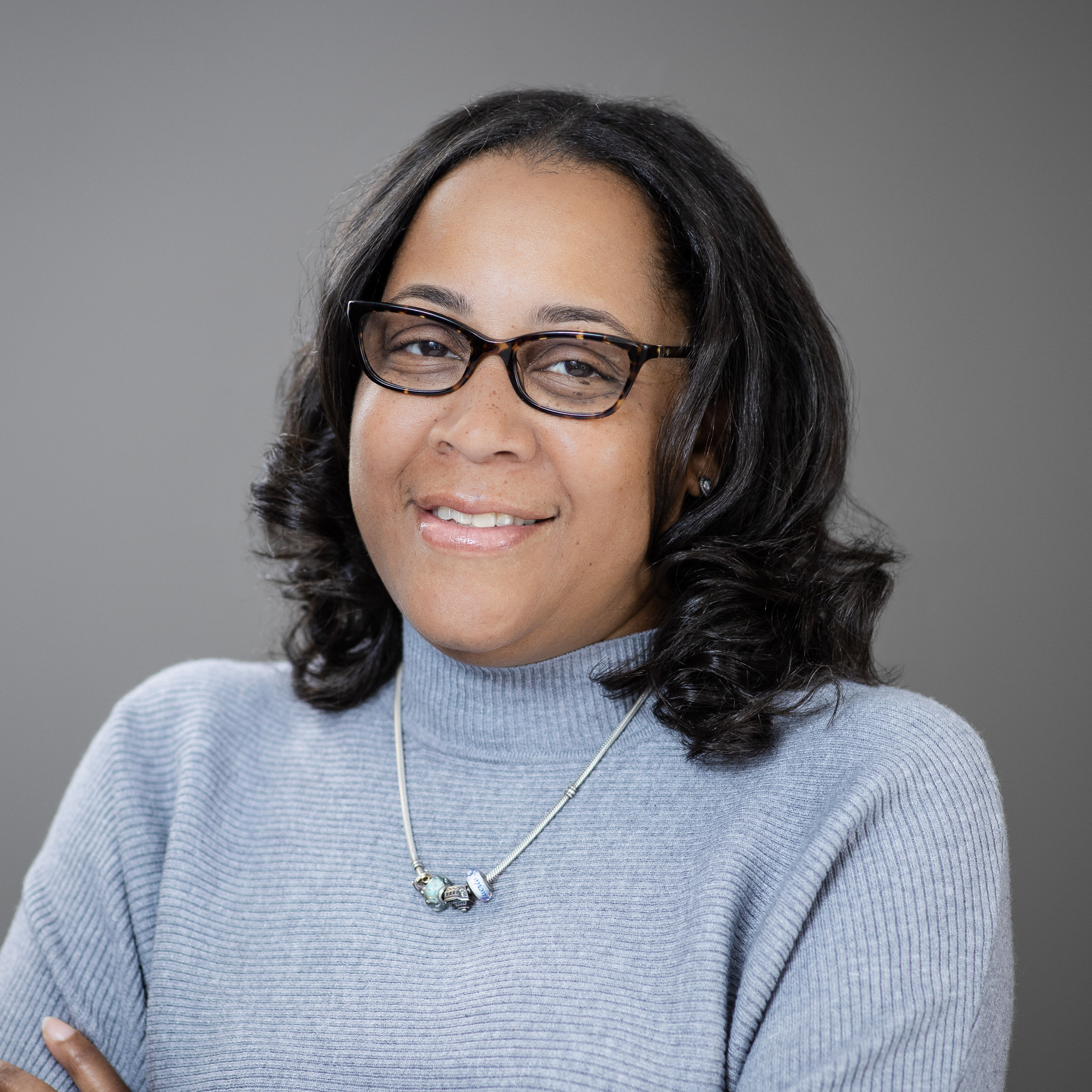 Dani joined MLAC in August 1999 as the Executive Assistant to the Executive Director and Secretary to the MLAC Board of Directors. In July 2004, she became Operations Manager. Dani ensures all office functions are running smoothly, managing client communication, purchases, IT contracts and meeting logistics. Previously, Dani worked for the Massachusetts House of Representatives, first with Rep. Shirley Owens-Hicks and later with Rep. Harold Lane. She attended Alabama State University. A Dorchester native, Dani now resides in Mattapan with her husband and is the proud mother of two biological daughters, three stepchildren and seven grandchildren. 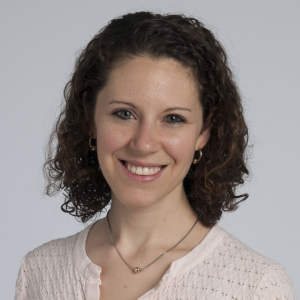 Erin Horan joined MLAC in October 2022 as Director of Communications. Immediately prior to MLAC, Erin worked at The Legal Aid Society of Cleveland, where she served as the dedicated grant writer and led multiple other fundraising, outreach, and advocacy initiatives. Erin has also held roles in Marketing and Philanthropy at Boston Children’s Hospital and Cleveland Clinic. She is dedicated to advancing social justice causes and promoting equity of opportunity for all. A Massachusetts native, Erin has a Bachelor of Arts in English from Stonehill College and a Master of Science in Law and Public Policy from Northeastern University. 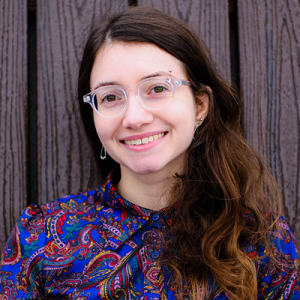 Marlena Idrobo joined MLAC as Communications Associate in November 2021. Prior to MLAC, she worked in Harvard University’s Alumni Affairs and Development office on the donor relations team, which creates reports for donors on the impact of their funds. Previously, she served as development and marketing assistant at a Boston-based arts education nonprofit. Marlena holds a Bachelor of Arts from Wellesley College, where she majored in Latin American Studies and minored in Art History. She earned a Graduate Certificate in Marketing Management and Digital Strategy from the Harvard Extension School in 2020. Marlena lives in Somerville. 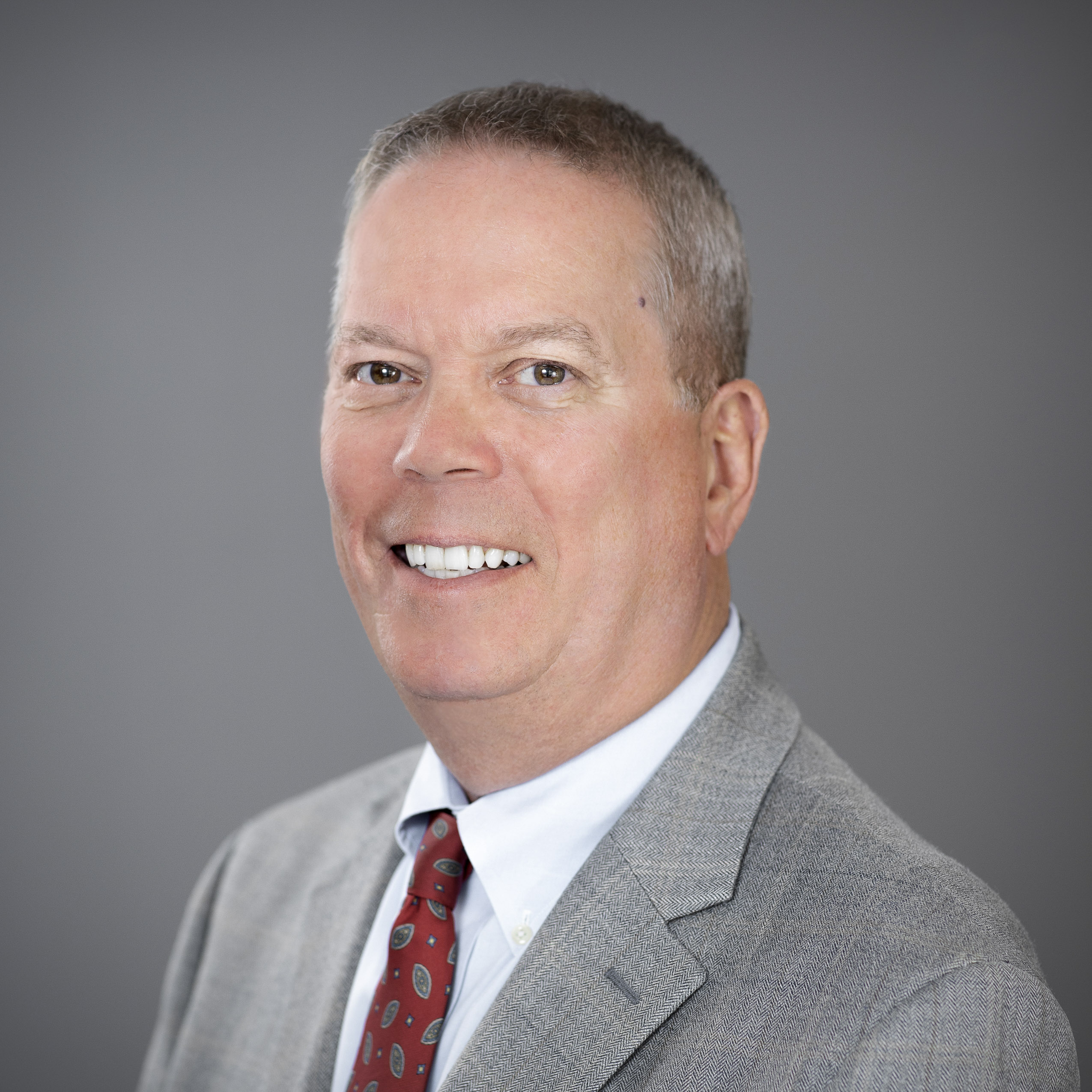 Tobey has been with MLAC since 2013, and is responsible for managing IT operations for the Central Technology Systems. The Central Technology team provides centralized computing infrastructure and applications support to legal services organizations across the state of Massachusetts. Tobey oversees the development, implementation and use of technology in more than 20 offices with over 800 users, leading efforts to improve the effective deployment and use of technology statewide. Tobey also serves as the Chair of the Management of Technology Committee. Prior to joining MLAC, Tobey worked in similar roles in financial services and healthcare, architecting and implementing solutions that leverage the use of technology to improve financial and operational efficiency.

Diane Lahey joined MLAC in December 2020, bringing with her more than 24 years of grant administrator experience. Previously, Diane worked at Massachusetts General Hospital as the Executive Assistant and Grant Administrator to the Director of Nuclear Medicine, a division of Radiology. Diane also has extensive grant administrator experience with Higher Education Recruitment Consortium (HERC) and was a consultant to Northeastern University, Boston University and the University of Massachusetts Boston, providing pre-award and post-award support. Diane holds a Grant Management Certificate from Massachusetts General Hospital, 2009, and continually participates in training. 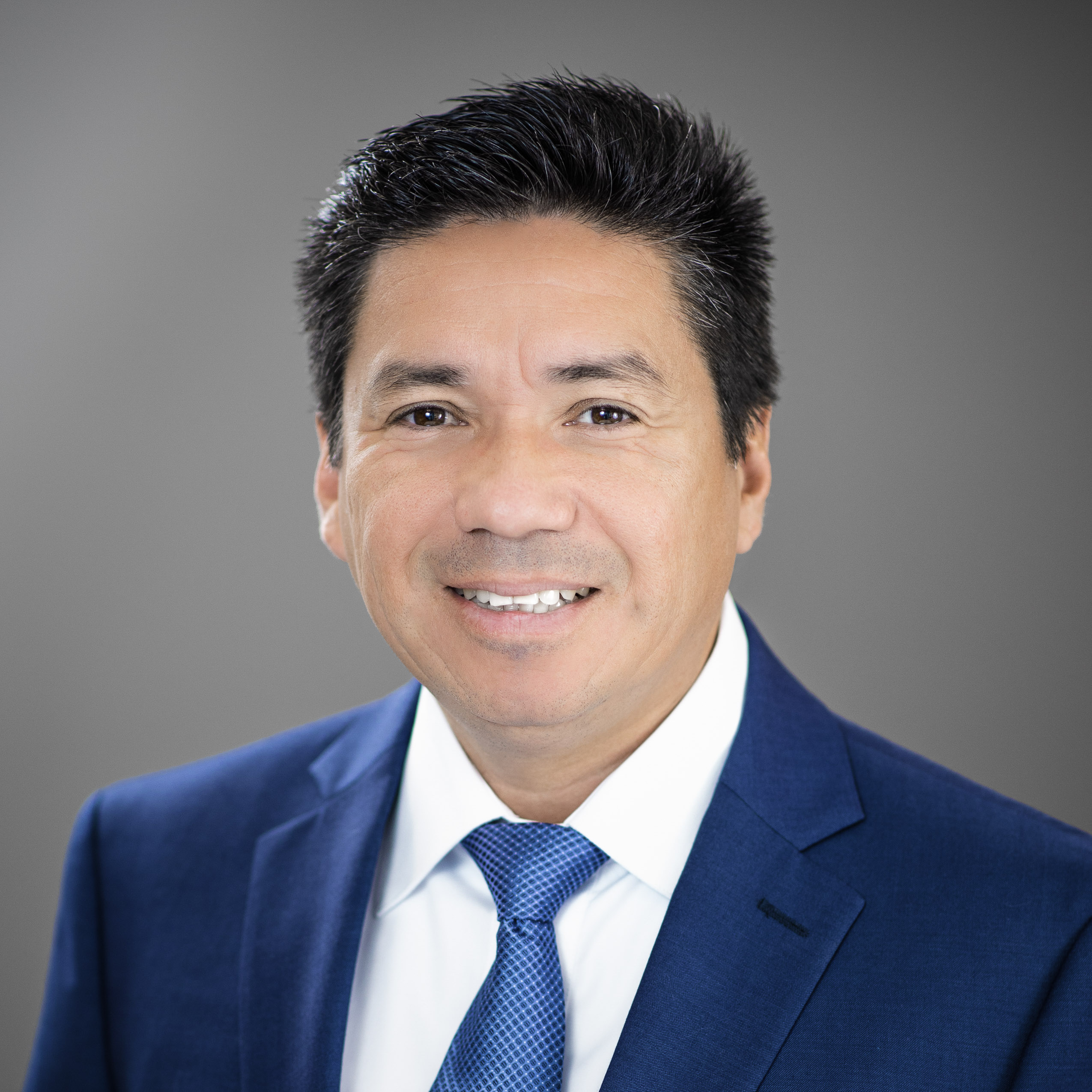 Freddy also works part-time at Centro Presente, a nonprofit organization that advocates for the rights of the Latin American immigrant community of Massachusetts. He has completed college courses in Business Administration and is bilingual in Spanish and English. 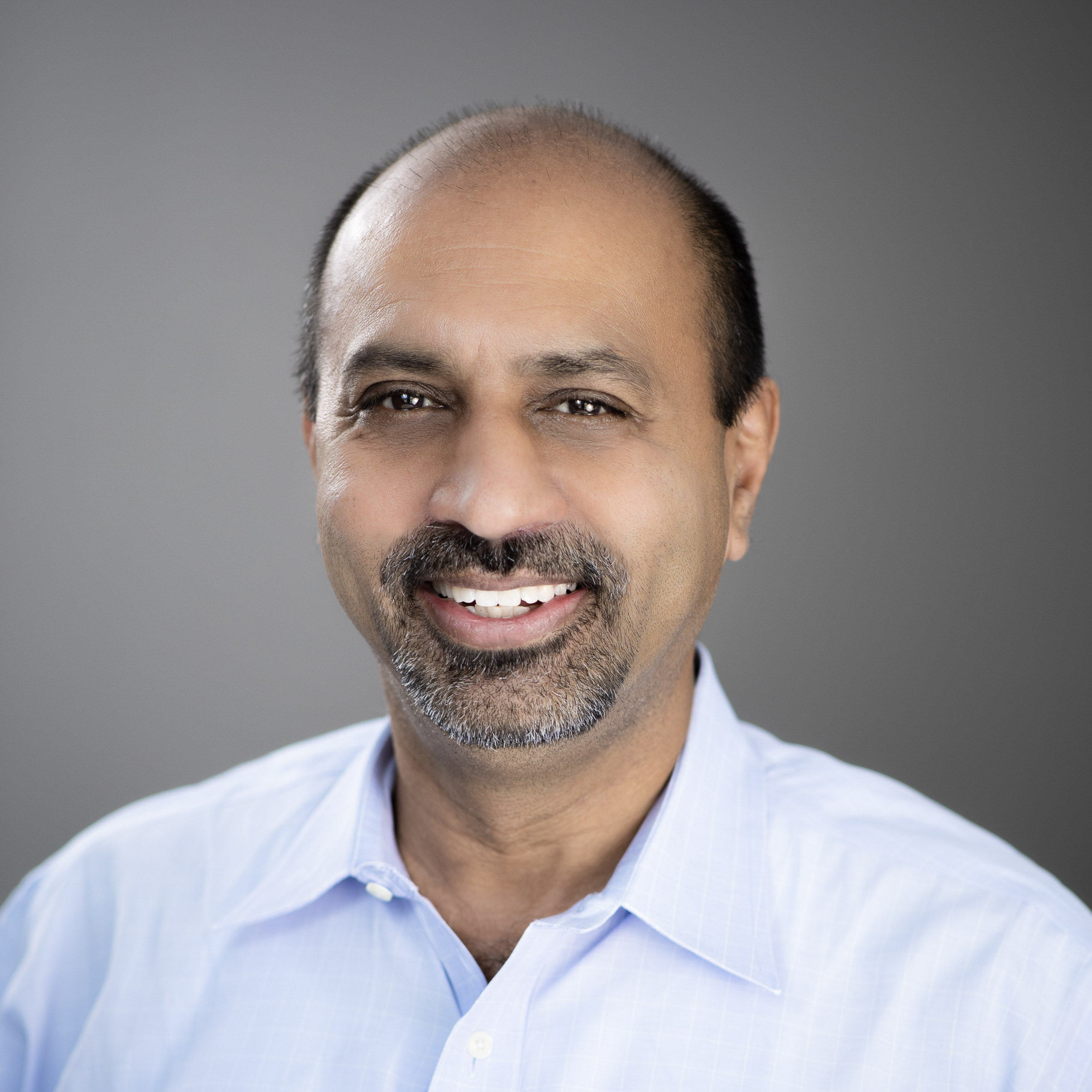 Azim Mazagonwalla joined MLAC as Chief Financial Officer (CFO) in October 2019. As CFO, he is responsible for finance, accounting, human resources, administration, grants distribution, and oversight. Prior to MLAC, he served in leadership roles at United Way and the Willows Foundation. Azim is an active Certified Public Accountant with a Master of Science in Accounting from the University of Rhode Island; a Master of Business Administration in International Business and Total Quality Management from the University of Rhode Island; and a Master of Arts in Social Work and a Bachelor of Arts in Corporate Secretaryship from Madras University, in India.

He serves on the Boston Board of the Financial Executives Alliance; the Audit Committee of the Unitarian Universalist Association; and the national Diversity, Equity, and Inclusion Board of the CFO Leadership Council. Azim also volunteers with the Ismaili Professional Network. Azim is married to Janice Kissinger and has three kids (Maya, Aidan and Anupriya) as well as two new granddaughters (Ruby Holiday and Beatrix Grace). 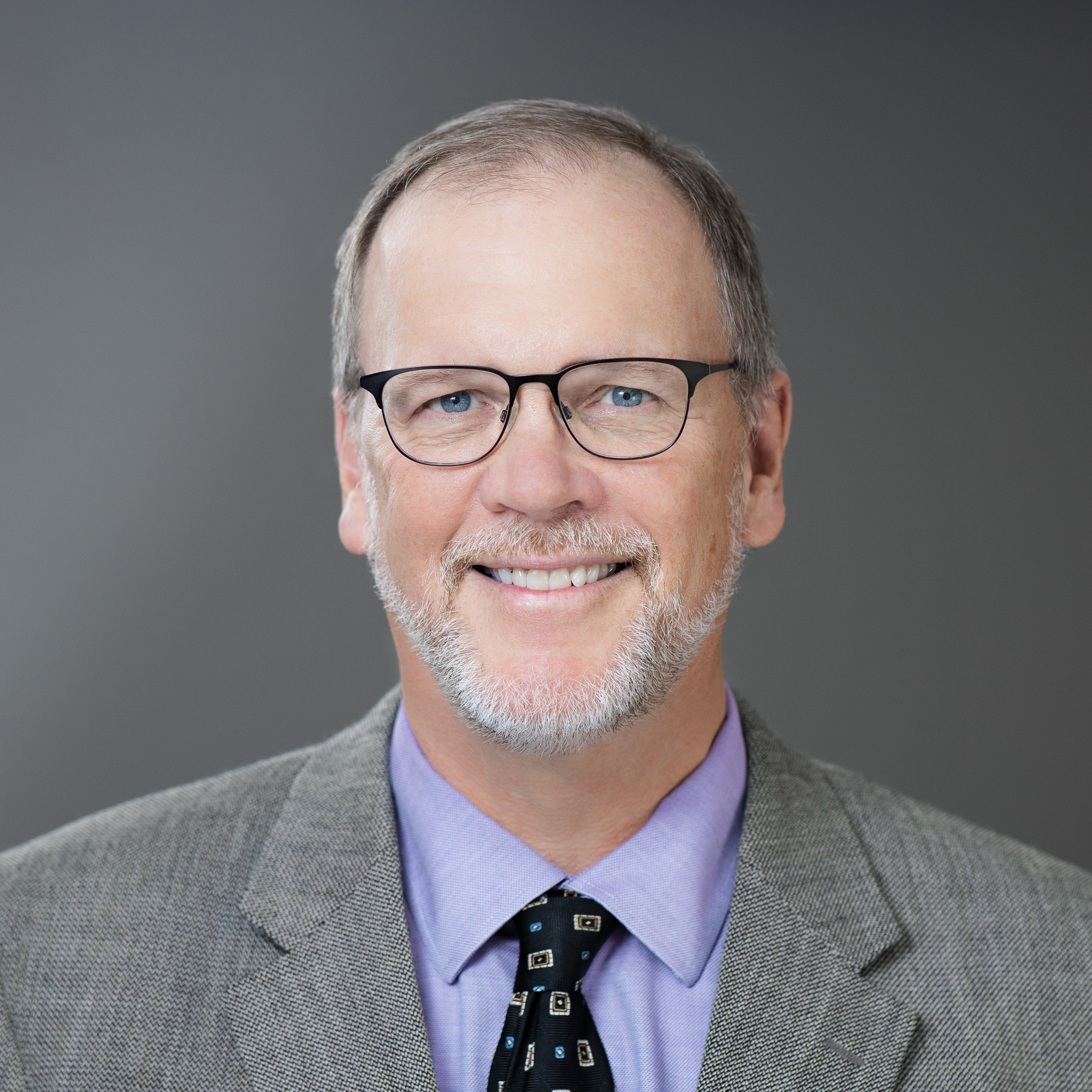 Michael Raabe, Esq. joined MLAC in January 2017 after 30 years at Neighborhood Legal Services, Merrimack Valley Legal Services and Northeast Legal Aid, where he practiced law and served in a variety of top management positions. Michael is noted for his work studying demand for legal aid along with measuring outcomes and impact. He earned his Juris Doctor from the New England School of Law in Boston and is admitted to practice in Massachusetts. Michael lives in Gloucester with his wife, Patricia Levesh. 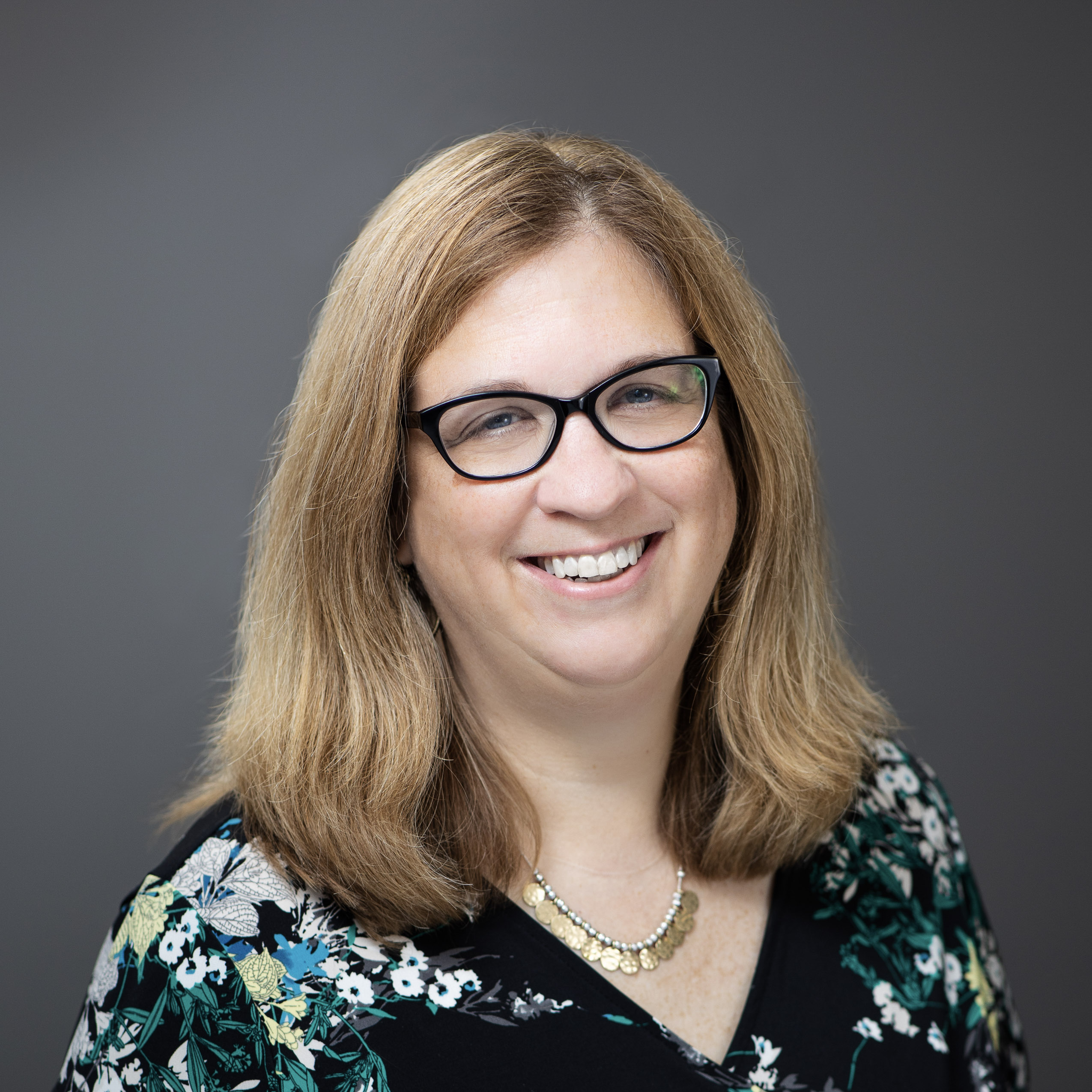 Martha has been with MLAC since January of 2018 as part of the Data and Analysis team. Her role is to collect, evaluate, and present data about civil legal aid organizations in Massachusetts and the populations they serve. Prior to MLAC, Martha worked for 22 years with community action agencies in various roles—most recently for MASSCAP, where she coordinated the statewide effort to provide free tax preparation for low-income individuals and families. Martha received a Master of Education from Bridgewater State University and a Bachelor of Arts in Psychology from Mansfield University in Pennsylvania. During tax season, Martha volunteers preparing taxes for the Volunteer Income Tax Program (VITA).

When not working, Martha can be found traveling near and far, and spending time outdoors. A Massachusetts native, Martha lives in Quincy. 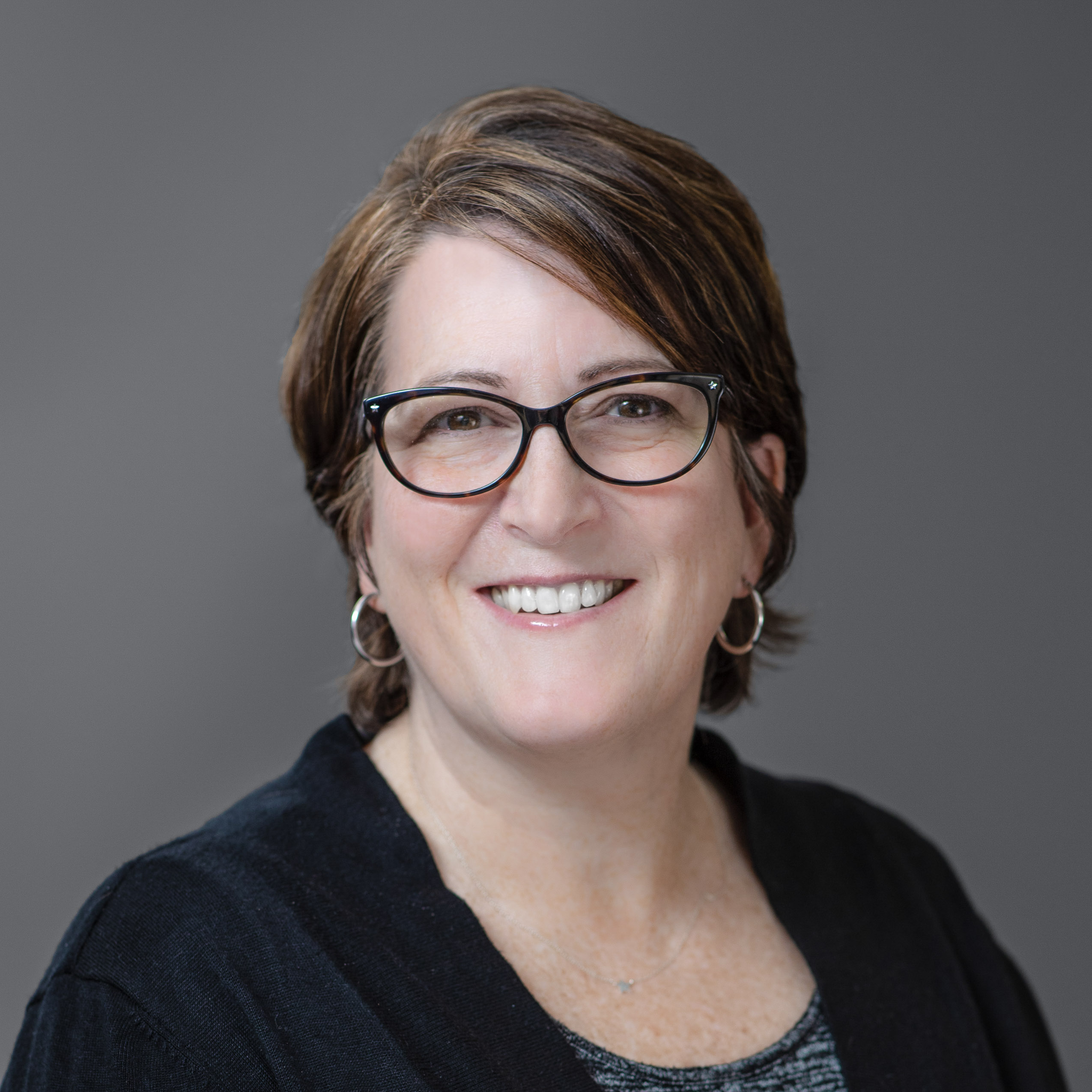 Tricia joined MLAC as the Support & Training Specialist in April 2009. Her main responsibilities are user support and training as well as overseeing the Help Desk for MLAC and MLAC-funded legal aid programs. Prior to MLAC, Tricia worked at the Boston law firm of Choate, Hall & Stewart. She received a Bachelor of Science in Business Administration from the University of Massachusetts, Boston.

Jacqueline rejoined MLAC in March 2018, having previously worked at South Coastal Counties Legal Services and MLAC. Jacqueline has over 20 years experience working in the legal services industry. In her role as Technology Support Analyst, Jacqueline supports users of the central technology platform. She provides end-user support of the case management system, Microsoft Office applications, and the VoIP telephone system. She also writes many of the reports used for funding reporting purposes. Jacqueline works closely with the Director of Information Technology and the Support and Training Specialist to design and implement effective technology solutions that meet the requirements of the statewide technology goals, satisfy the needs of the local program(s) and users, and improve the ability to provide services to low-income clients. 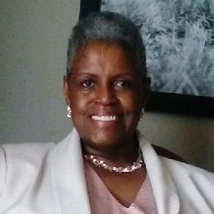 Patricia joined MLAC in 1996 as Program Director. In her current role, she oversees the peer-review monitoring process of MLAC’s grantees to assure their compliance with MLAC’s performance standards and administers the Bart Gordon and Racial Justice fellowships. She also supports the activities of client-eligible board members. Patricia received a Bachelor of Arts in Anthropology from Grinnell College, studied at the American University in Cairo, Egypt, and received a Master of Nonprofit Management from Brandeis University’s Heller School for Social Policy and Management. Her career path includes service in Massachusetts’ state government as Legislative Aide for the Legislative Black Caucus, Deputy Director for the Urban League of Eastern Massachusetts, Program Officer for the United Way of Massachusetts Bay and Program Officer for the Urban Initiative Fund at the Massachusetts Community Development Finance Corporation.

Tonysha has spent the last decade leading diversity, equity and inclusion work in the field of education and is excited to extend her commitment to race equity work within the legal services community. Tonysha in a native New Englander who graduated with a Bachelor of Arts from Barnard College and a Master of Education from the Harvard Graduate School of Education. She enjoys cooking, traveling and mentoring young people. 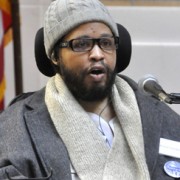 Need legal help? We can help you find the appropriate legal services agency to contact in your area.