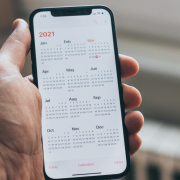 Tom Murphy, supervising attorney at the Disability Law Center, was quoted in a May 30 WBUR article about a backlog of cases at the Massachusetts Commission Against Discrimination, which has worsened during the pandemic.

The backlog of old cases under investigation for more than 18 months has climbed more than five-fold since 2019, the agency’s own data shows, reaching 1,400 cases today. And many cases take much, much longer.

The MCAD took 17 years before last year dismissing a retaliation complaint by a fired electrical grid worker. A gender discrimination case against the Massachusetts Port Authority lasted 15 years before it was withdrawn in 2021. And records show that a dozen current cases have been pending for more than a decade.

Some advocates also fear the delays could deter many victims from coming forward at all, missing the chance to catch violations and hold institutions accountable.

“People are just going to give up,” said Murphy, supervising attorney with the Boston-based DLC. And Murphy worried that could encourage people in power to just ignore the rules designed to stop discrimination.