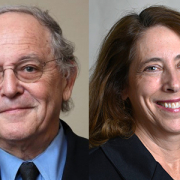 Child welfare advocates, including Massachusetts Law Reform Institute Staff Attorney Susan Elsen and Retired Juvenile Court Judge Jay Blitzman, interim director of the Massachusetts Advocates for Children, scrutinized portions of an omnibus reform bill that in part seeks to rework the advising structure for the state’s Office of the Child Advocate while granting the office more power to intervene in some court cases — proposed legislative language one former judge said creates legal questions. The bill is pinned to high profile cases of child neglect in Massachusetts.

Some child welfare advocacy groups pushed back on the idea, saying the Office of the Child Advocate needs to have access to a wide range of expertise. Elsen said the office cannot oversee the welfare and safety of children in the state all by itself.

“Even if we agree that the composition should be adjusted so it doesn’t have as many executive branch members so as to ensure that the OCA has independence from the executive branch, the OCA does need an advisory committee to consult with, report to, and be accountable to,” Elsen told lawmakers.

Blitzman said Massachusetts has a “history of reacting to tragic cases with sometimes ineffective policy changes.” Blitzman said he and the legislative committee share the same concerns about improving the child welfare system. But he raised questions in his testimony about “how the bill might or might not achieve its goals.”

Read more in the June 7 articles at MassLive, CommonWealth, and The Eagle Tribune.