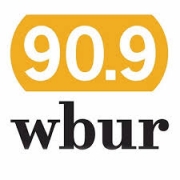 When COVID-19 first arrived in the U.S., Jodee Pineau-Chaisson was working as the director of social services for a nursing home in western Massachusetts. By the middle of April, residents at the Center for Extended Care in Amherst were getting sick.

Pineau-Chaisson is a so-called long-hauler. These are people who survive COVID-19 but have symptoms — sometimes debilitating symptoms — many months later. As scientists scramble to explain what is going on and figure out how to help, disability advocates are also scrambling: They are trying to figure out whether long-haulers will qualify for disability benefits.

COVID-19 survivors are the newest group to approach the federal government for disability coverage, and it’s unclear whether they will be considered eligible….

“I do think it’s still an open question. It’s still a little iffy about whether [long-haulers] will be able to qualify,” says Linda Landry, an attorney at the Disability Law Center in Massachusetts.

She says it seems clear that long-haulers qualify for protections under the Americans with Disability Act, which would afford them accommodations for things like housing and accessing government services. But the question of whether long-haulers will be eligible for federal disability benefits is still being debated…

The requirement is that “you have to have had or are likely to have a condition that affects your ability to work for 12 consecutive months,” Landry says… Read more from WBUR.