You are here: Home / Blog / Blog / When Talking About Civil Legal Aid, Don’t Forget Its ROI 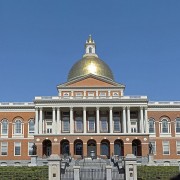 The War on Poverty was launched 50 years ago, with the passage of the federal Economic Opportunity Act in 1964. That landmark legislation included provisions to strengthen civil legal aid services for low-income people through federal funding, because President Lyndon Johnson and Congress recognized that fulfilling our nation’s promise of equal justice for all was not just a constitutional obligation and a moral imperative, it was also an economic issue.

Public debate about whether or not we’ve won the war is well underway, but it’s not a question I’ll attempt to answer in this piece. There is one thing, however, of which I’m certain: for the good of our society and our economy, we must continue to ensure that low-income individuals and families can access legal information, advice and representation. In many cases, it’s what saves them from spiraling further downward into poverty’s grip, at great expense to them and to our Commonwealth.

Unlike criminal defendants, low-income people with civil legal problems — child custody, domestic violence, employment, elder issues, housing, health care, or the inability to access government benefits — aren’t eligible for court-appointed attorneys. They rely on the availability of limited legal aid programs, often the only way in which basic human needs for health, safety and housing can be met.

Securing equal justice for our most vulnerable residents not only helps them remain stable and independent, it also substantially benefits the state financially in at least two significant ways. First, it saves the state millions in avoided benefits and social services. To cite just one area of substantial savings, let’s look at homelessness, which persisted at high rates in Fiscal Year 2013 because of the economic decline and foreclosure crisis.

In June 2013, the state’s Division of Housing Stabilization reported supporting an average of 3,315 families each day in emergency shelters, hotels or motels. Another 6000 were placed for two years in apartments with HomeBASE rental assistance. By November, the Boston Globe was reporting that the number in shelters, hotels and motels had risen to 4,200, with half of those, about 2,100, living in hotels or motels.

In FY 13, assistance from legal aid organizations, including representation in court, resulted in eviction being prevented or delayed for 1,587 households, allowing low-income families and individuals to stay in their homes or giving them the time to find alternative housing. Without this assistance many of these clients would have entered the state’s costly emergency shelter system.

A 2012 report by the Boston Bar Association Task Force on the Civil Right to Counsel found that more than 15 percent of families evicted from their homes could be expected to enter the family shelter system. Given that the average cost of housing individuals and families in our shelter system runs between more than $10,000 to more than $25,000 annually, legal aid assistance that helped people avoid eviction and foreclosure proceedings saved the Commonwealth roughly $4.5 million in FY 13.

Preventing homelessness saves not only shelter costs, but also costs to the state of health care and other social services on which homeless people must rely. The most recent Economic Benefits report from the Massachusetts Legal Assistance Corporation (MLAC) found that the successful legal aid advocacy done on behalf of the aforementioned 1,587 households saved the state another estimated $2 million dollars in health care costs.

Second, legal aid advocacy also brings in significant federal revenue. MLAC estimates that legal aid organizations’ individual casework and leadership in systemic advocacy in FY13 resulted in at least $10,203,278 in new federal revenue. The bulk of these funds — more than $7.1 million — resulted from MLAC’s Disability Benefits Project (DBP), which helps disabled Bay Staters in their efforts to qualify for or retain federal disability protections and benefits. Many DBP clients receive state-funded Emergency Aid to Elders Disabled and Children (EAEDC) and are removed from those programs when they qualify for federal benefits, thus creating additional savings for the Commonwealth. The federal government also reimburses the state for EAEDC payments made while eligibility for federal benefits was being determined. In FY 2013 for instance, the federal government reimbursed the Department of Transitional Assistance $489,759 for EAEDC payments.

These are just two examples of the ways in which legal aid organizations benefit not just their clients, but the state as a whole. All told, MLAC estimates that the services rendered in FY 2013 by local legal aid organizations can be credited with bringing in an estimated $27.9 million in new revenue and cost savings to the Commonwealth and its low-income residents. Besides preventing homelessness and securing federal disability benefits, the savings came from a range of programs and services, among them advocacy for domestic violence victims, elders needing access to health care, parents seeking child support, workers seeking fair wages and residents in need of unemployment assistance.

Funding for civil legal assistance for low-income people strengthens our society by meeting America’s promise of equal justice under the law. It also is an excellent fiscal investment for the Commonwealth, especially in these trying economic times. Regardless of what one thinks about the War on Poverty, strengthening legal aid services was a worthy endeavor, and we should continue to support the organizations doing this life-saving work.

Statement by Lonnie A. Powers, Executive Director of the Massachusetts Legal...
Scroll to top